A fresh controversy erupted in IPL 2019 after umpire S Ravi made a game-changing error on the final ball of the RCB vs MI IPL 2019 match. 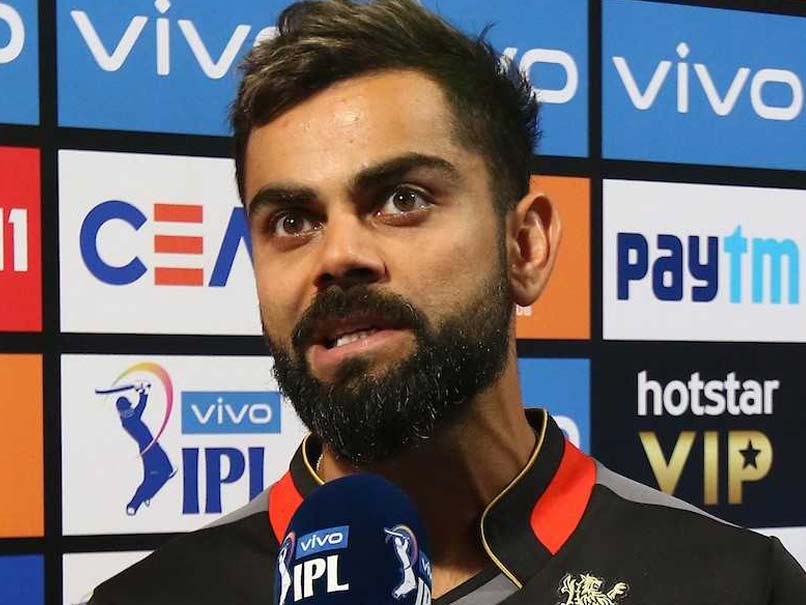 RCB vs MI: Virat Kohli was left fuming after massive error by the umpire on the final ball of the match.© BCCI/IPL

Virat Kohli was in no mood to mince his words as he came down heavily on umpire S Ravi following a massive blunder on the final ball of the RCB vs MI IPL 2019 match at the M. Chinnaswamy stadium on Thursday night. Hosts Royal Challengers Bangalore (RCB) needed seven off the final ball but Shivam Dube failed to get the job done as Mumbai registered a six-run win, their first in IPL 2019. However, after the end of the match, replays showed that Sri Lankan veteran Lasith Malinga had overstepped by a big margin on the final but no call came from umpire S Ravi.

Virat Kohli saw the Malinga no-ball on the big screen and gestured angrily after seeing the costly error.

A fuming Kohli then walked up for the post-match presentation ceremony and while speaking to Ian Bishop, let his feelings known.

"We are playing at the IPL level. We are not playing club cricket. That is just a ridiculous call -- last ball. The umpires should have their eyes open. It was a no-ball by an inch. It's completely different game altogether. If it is a game of margins, I don't know what is happening. They should have been more sharp and careful out there," said an angry Kohli.

Things could have been very different, had the umpire noticed the no-ball. Shivam Dube hit the ball to long-on,but decided against taking the single with the match lost.

If a single had been taken and no-ball called, RCB would have needed to score five runs off the final ball, which would have been a free-hit and the man who would have taken strike would have been AB de Villiers, who was batting on 71 off 41 balls.

Mumbai Indians captain Rohit Sharma too criticised the umpiring in the match, referring to an earlier error made by C Nandan, who wrongly called a Jasprit Bumrah delivery wide at a crucial juncture of the match.

"Honestly, I just go to know after crossing the rope that it was a no-ball. These kind of mistakes aren't good for the game. The over before that Bumrah bowled, a ball which wasn''t a wide but it was called," said Rohit Sharma.

This was RCB's second loss in as many matches and the franchise from Bengaluru are yet to get on the board this season. Mumbai Indians are currently fifth in the IPL 2019 Points Table with one win in two matches.

AB de Villiers IPL 2019 Royal Challengers Bangalore vs Mumbai Indians, Match 7 Cricket
Get the latest updates on SA vs IND 2021-22, check out the Schedule and Live Score . Like us on Facebook or follow us on Twitter for more sports updates. You can also download the NDTV Cricket app for Android or iOS.