The incident took place in the 4th over of the Kolkata Knight Riders (KKR) innings against Delhi Capitals. 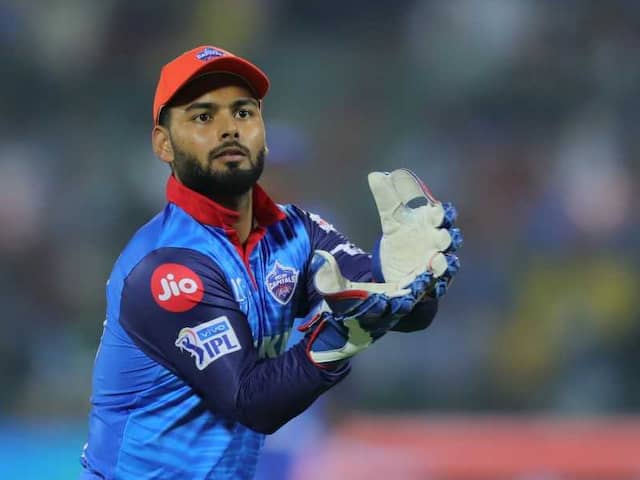 Rishabh Pant's enthusiastic chatter and wit behind the stumps has become the stuff of legends.© BCCI/IPL

Rishabh Pant's enthusiastic chatter and wit behind the stumps has become the stuff of legends since the Australia tour. However, the wicketkeeper-batsman has courted controversy after being caught on the stump mic making a bizarre prediction during the DC vs KKR IPL 2019 match at the Feroz Shah Kotla on Saturday. When the franchise from the national capital hosted the three-time IPL champions KKR, Pant was caught on the stump mic, saying "yeh to waise bhi chauka hai" in the fourth over. The very next ball was hit for a four by Robin Uthappa off the bowling of Sandeep Lamichhane. The video of the incident started doing the rounds on social media with many fans claiming that the match was "fixed".

Read some of the reactions from the fans here:

Fixing is directly proportional to Indian Premier League. Saw a live scene where Rishabh Pant was heard saying 'Yeh to wese bhi chauka hai' before Sandip Lamichane bowled to Robin Uthappa. Guess what, the ball went on to the boundary. Lol.

rishabh pant did spot fixing and also match was fixed..If pant wanted he can hit in moment delhi stop himself to hit..Even shaw were there

The match was tied after Delhi Capitals scored 185/6 in their allotted 20 overs while chasing a target of 186.

Pant, Shreyas Iyer and Prithvi Shaw came out to bat for Delhi Captials in the Super Over and managed to score 10 runs.

Dinesh Karthik, Andre Russell and Robin Uthappa failed to smash the big hits as KKR were restricted to seven runs in the Super Over.

Delhi Capitals are however second in the points table behind KKR due to their inferior net run-rate.

Robin Uthappa Cricket
Get the latest Cricket news, check out the India cricket schedule, Cricket live score . Like us on Facebook or follow us on Twitter for more sports updates. You can also download the NDTV Cricket app for Android or iOS.