Rishabh Pant played a whirlwind knock of 78 runs off 27 balls as Delhi Capitals beat Mumbai Indians by 37 runs at the Wankhede. 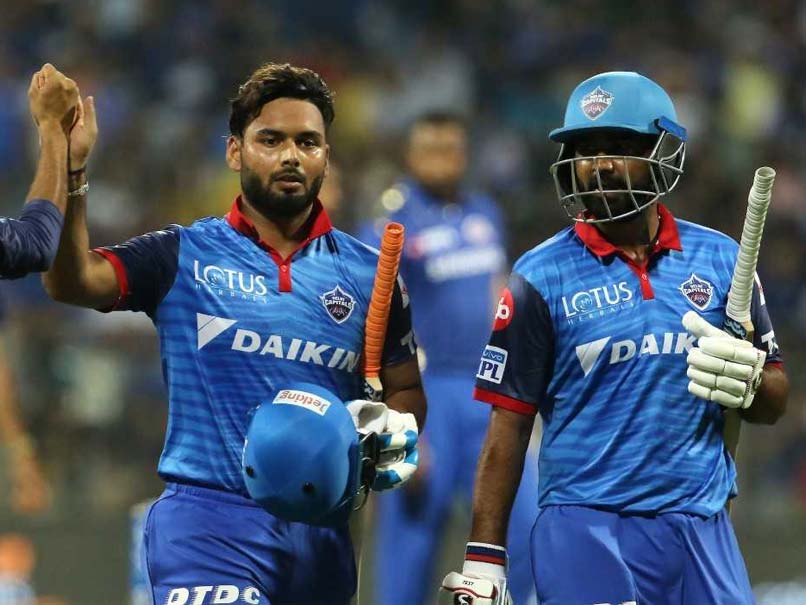 Rishabh Pant came under severe criticism during the India vs Australia ODI series after coming in as MS Dhoni's replacement for the final two matches. Pant was slammed by fans on Twitter for his performance behind the stumps. However, the youngster once again proved his naysayers wrong with a sensational knock for Delhi Capitals vs Mumbai Indians in IPL 2019 at the Wankhede Stadium on Sunday night. Following his exploits with the bat, former England captain Michael Vaughan jumped to the 21-year-old's defence and backed him to be India's squad for the 2019 World Cup in England and Wales.

A fan replied to Vaughan's post saying, "Pant - Cutting Loose. Couple of more such innings this IPL & he might find himself on the flight for World Cup."

Responding to his tweet, Vaughan wrote: "Might .. he is on the plane now .. always was for me .."

Rishabh Pant took IPL 2019 by storm by smashing 78 off 27 balls to help Delhi Capitals post 213 for six in their allotted 20 overs. Pant's knock included 7 fours and as many sixes with every single Mumbai Indians bowler bearing the brunt of Pant's aggression.

In reply, Rohit Sharma opened the batting for Mumbai Indians but failed to convert a good start, dismissed for 14 off 13 balls by Ishant Sharma. Barring Yuvraj Singh's 35-ball 53 and a 32-run cameo by Krunal Pandya, Mumbai batsmen failed make a meaningful contribution.

A solid bowling performance by Delhi Capitals saw the home team being bowled out for 176 to give the visitors a 37-run win.

India Cricket Team IPL 2019 Mumbai Indians vs Delhi Capitals, Match 3 Cricket
Get the latest updates on ICC Women's Cricket World Cup 2022 and IPL 2022, check out the Schedule , Live Score and IPL Points Table. Like us on Facebook or follow us on Twitter for more sports updates. You can also download the NDTV Cricket app for Android or iOS.