Mumbai Indians beat Chennai Super Kings by six wickets in Qualifier 1 of IPL 2019 and marched straight into the final. 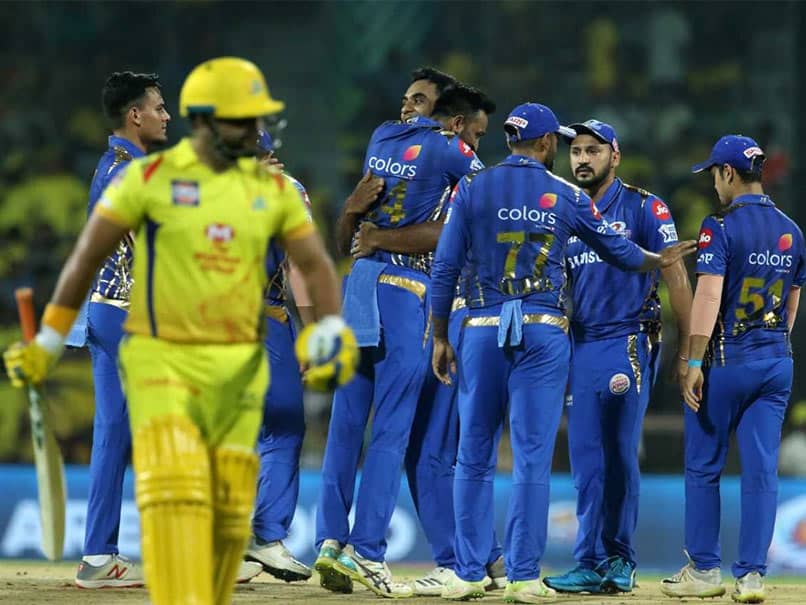 In the last five outings that Mumbai has had against CSK at the Chepauk, they have won all.© BCCI/IPL

Chennai super Kings (CSK) head coach Stephen Fleming said after the defeat to Mumbai Indians (MI) in the Indian Premier League (IPL) 2019 Qualifier 1 that MI are the team to beat in this year's edition of the IPL. Mumbai Indians defeated Chennai Super Kings by six wickets, with the help of Suryakumar Yadav's unbeaten 71 off 54 balls and Ishan Kishan's supporting knock of 28 off 31 balls, which took MI straight to the final.

"They've got some players who have become well suited for that, and they've actually got a good record in Chennai. They're in form; they've got a nice balanced side, so they're a good challenge. When you come up against a side like that, it can always be 50-50, and so far they've had their way. They've certainly outplayed us."

In the last five outings that MI has had against CSK at the Chepauk, they have won all.

MI lost openers Rohit Sharma and Quinton De Kock within the first four overs for single digit scores. After De Kock's departure in the 4th over, Suryakumar Yadav and Ishan Kishan had an 80-run partnership for the third wicket, which was the highest partnership in the game.

Hardik Pandya and Yadav then finished off the run chase with nine balls to spare.

The final is scheduled for May 12 in Hyderabad.

MA Chidambaram Stadium, Chennai IPL 2019 Cricket Mumbai Indians vs Chennai Super Kings, Qualifier 1 Stephen Fleming
Get the latest updates on IPL 2021, IPL Points Table , IPL Schedule 2021 , live score . Like us on Facebook or follow us on Twitter for more sports updates. You can also download the NDTV Cricket app for Android or iOS.