Jasprit Bumrah is not new to bowling no ball in a key contest and he is making a history of it. 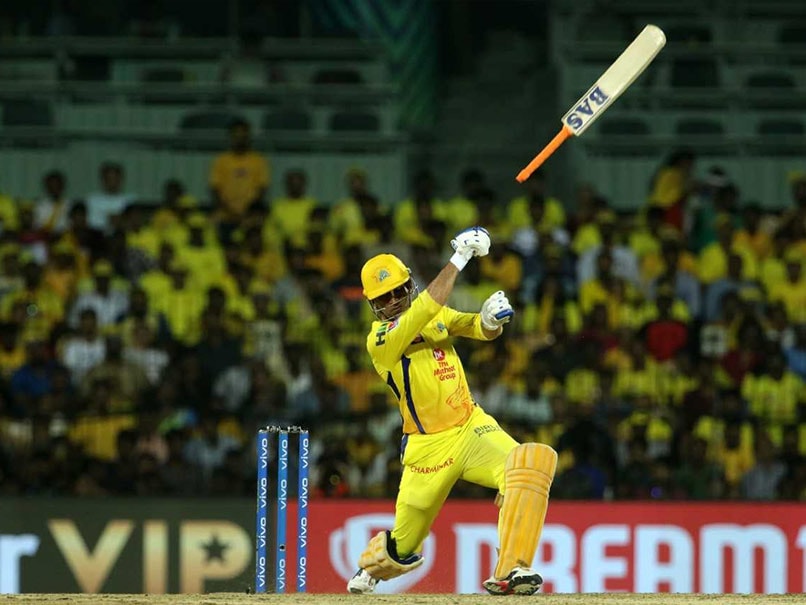 MS Dhoni survived a scare in the final over of the Mumbai Indians vs CSK clash.© BCCI/IPL

MS Dhoni survived a scare in the final over of the Chennai Super Kings (CSK) innings after death-over specialist Jasprit Bumrah bowled a no ball in the Qualifier 1 at the MA Chidambaram Stadium on Tuesday. Dhoni, who batted through the innings, scoring 37 runs off 29 deliveries got a lucky escape after replays showed Bumrah had overstepped in the first ball of the final over. Before the replays confirmed the no ball, Dhoni was given out by the on-field umpire as he miscued a shot while trying to go hard at his India teammate's full length delivery, which was well caught by Ishan Kishan. Dhoni also lost his bat in the process.

Bumrah is not new to bowling no ball in a key contest and he is making a history of it. The Ahmedabad pacer had also bowled a no ball in the Champions Trophy final against Pakistan in in 2017, which went on to cost India the game, thanks to a century from Fakhar Zaman.

The 25-year-old's no ball in the IPL 2019 Qualifier 1 did not go well among the fans, with some suggesting remedies for it.

Bumrah and no balls #CSKvMI pic.twitter.com/BnnGNBDWeG

Just when you think Bumrah has got away from habit of bowling no balls he delivers one ..... although an excellent bowling performance by him otherwise #CSKvMI

Every time bumrah takes a wicket on no ball #CSKvMI pic.twitter.com/VAlhqTepLP

The love saga between bumrah & no ball still going on ....#CSKvsMI

The hosts finished on 131 for four in the stipulated 20 overs on a slow track. Bumrah failed to pick up any wickets for Mumbai Indians, conceding 31 runs at over 7 runs per over.