Rajasthan Royals will begin their IPL 2019 campaign against Kings XI Punjab on March 25. 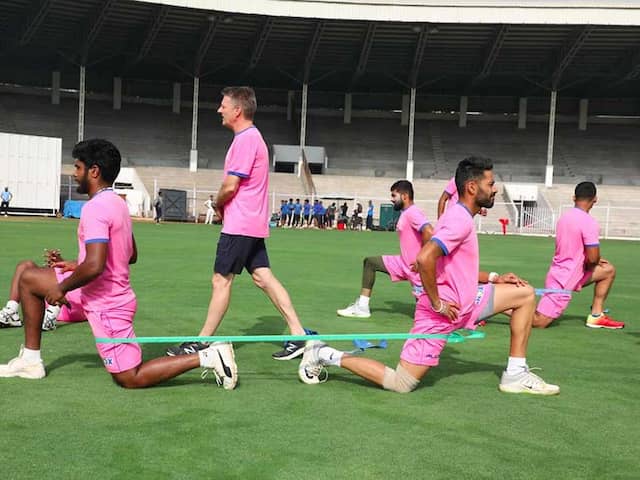 Premier Rajasthan Royals' players Ajinkya Rahane and Jaydev Unadkat will feature in the franchise's practice match ahead of the Indian Premier League (IPL) 2019, the Jaipur outfit said in a media release on Monday. Among others Sanju Samson, Stuart Binny, Dhawal Kulkarni and new recruits Riyan Parag, Shubham Ranjane, Shashank Singh will also be a part of the practice matches. Rajasthan Royals, who will be donning the pink jersey in the forthcoming season, also underwent a training camp at the Brabourne Stadium in Mumbai on Monday, which was attended by few of their Indian cricketers.

Rajasthan Royals' first practice session was held under the watchful eyes of their Head Coach Paddy Upton and Head of Cricket Zubin Bharucha.

According to the media release, the camp will include three days of intensive training as well as fitness drills which will help the players enhance and hone their batting, bowling and fielding skills.

Coach Upton said, "It feels great to be back with the Royals and to work with this squad that is full of energetic and talented players. They show promise and determination. They are eager to deliver the best they can. We are indeed excited to be beginning the season at home in the SMS stadium."

Rajasthan Royals, who clinched the first-ever season of the IPL, will open their campaign against Kings XI Punjab at the Sawai Mansingh Stadium in Jaipur on March 25.

Kings XI Punjab Cricket IPL 2019
Get the latest Cricket news, check out the India cricket schedule, Cricket live score . Like us on Facebook or follow us on Twitter for more sports updates. You can also download the NDTV Cricket app for Android or iOS.