Chris Gayle was in sensational form as he blasted 162 runs off 97 balls against England in Grenada. 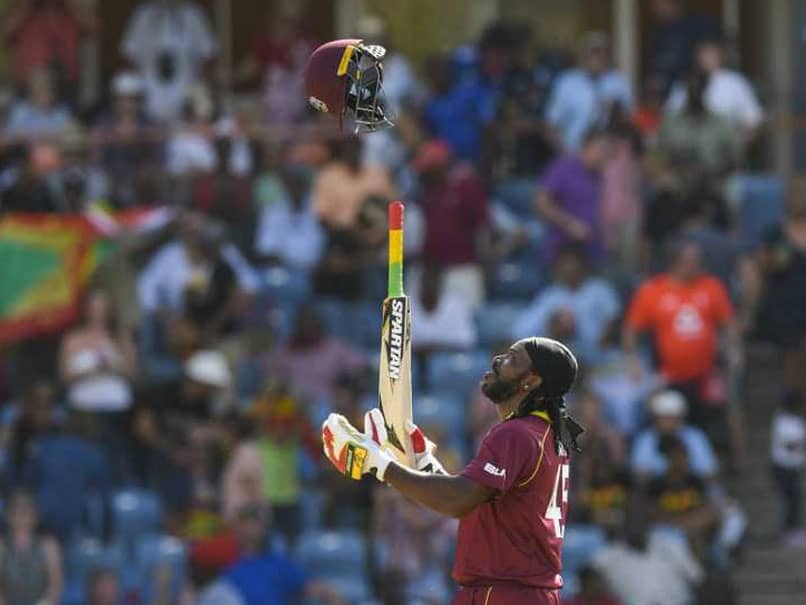 Chris Gayle plans to retire from the ODIs after World Cup 2019 in England and Wales.© AFP

Chris Gayle, in another stunning display of power-hitting, broke a number of records during the Windies' fourth One-day International (ODI) against England on Wednesday. Chris Gayle reached the 10,000-run milestone in ODIs with his 25th century in the format. The 39-year-old reached the three figures in just 55 balls. Chris Gayle also became the first batsman to hit 500 sixes in international cricket en route to his 162 off 97 balls at St George's. Earlier in the ongoing five-match series, Gayle had toppled Shahid Afridi to record the most number of sixes by any batsman in international cricket.

After a couple of quiet seasons, the explosive batsman scored 368 runs from 11 matches at an average of 40.88 in IPL 2018. He scored three half-centuries and one hundred for KXIP, who finished seventh in the competition.

In the international arena, Gayle is now the 14th batsman to cross the 10,000 ODI runs mark, and only the second from the West Indies to do so after Brian Lara.

"I think it just shows there are going to be unbelievable days of cricket and when someone like Chris Gayle's in the opposition you can lose those games," Jos Buttler was quoted as saying by icc-cricket.com.

However, Gayle's fireworks were not enough to help his team cross the line as the Windies were bowled out for 389.

On February 17, Gayle announced that he will retire from ODIs after World Cup 2019 in England and Wales.