Shivam Dube Shines At Number 3, Hits Kieron Pollard For 26 Runs In An Over - Watch

Shivam Dube made the mockery of Kieron Pollard's bowling by hitting him for three sixes while getting 26 runs in total from a longer-than-usual over. 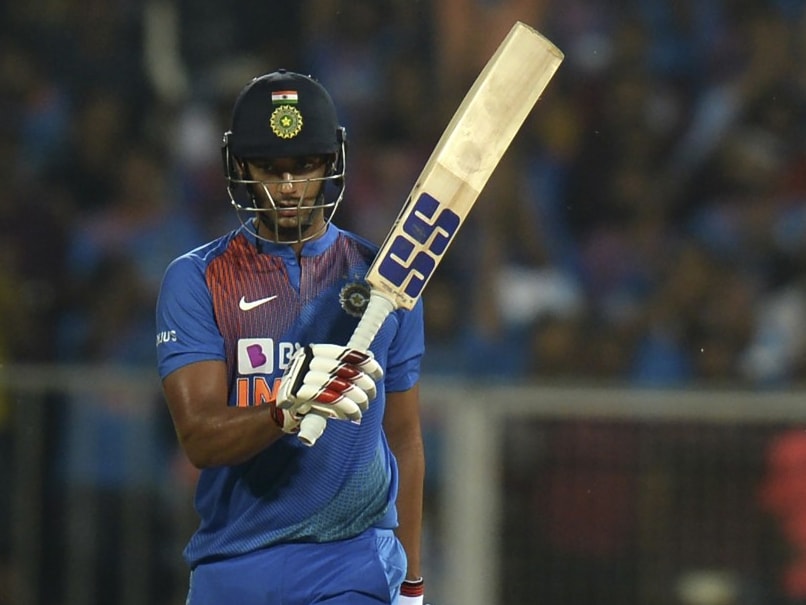 Shivam Dube brought up his maiden T20I fifty in Thiruvananthapuram on Sunday.© AFP

Shivam Dube, who is often likened to the explosive hitter Yuvraj Singh, made the most of the opportunity to bat at number three as the 26-year-old all-rounder brought up his maiden Twenty20 International (T20I) fifty in Thiruvananthapuram on Sunday. Sent in to bat after opener KL Rahul's dismissal, Dube scored 54 off 30 balls including three fours and four massive sixes during the second T20I between India and the West Indies. Interestingly, Dube accumulated 26 of his 54 runs in one over. In the 9th over of the game bowled by the West Indies skipper Kieron Pollard, Dube went on a rampage and eventually produced a knock that could prove to be a career-changing moment for the youngster.

In the over studded with three wides, Pollard tried bowling both over and round the wicket, but Dube was in no mood to spare the bowler.

Dube made the mockery of Pollard's bowling experiment by hitting him for three sixes while getting 26 runs in total from the longer-than-usual over.

As far as the match is concerned, the visitors won the toss and invited the hosts to bat.

Indian batsmen including skipper Virat Kohli got starts only to lose their wicket to some disciplined bowling.

Kohli, soon after edging past Rohit Sharma as the world's most prolific T20I scorer with 2,563 runs, mistimed a cut to be caught at short third-man for 19 off Kesrick Williams.

India lead the 3-match series 1-0 after winning the opening encounter by 6 wickets in Hyderabad.

West Indies Cricket Team Shivam Dube Cricket India vs West Indies, 2nd T20I India vs West Indies 2019/20
Get the latest updates on ICC T20 Worldcup 2022, check out the Schedule and Live Score. Like us on Facebook or follow us on Twitter for more sports updates. You can also download the NDTV Cricket app for Android or iOS.