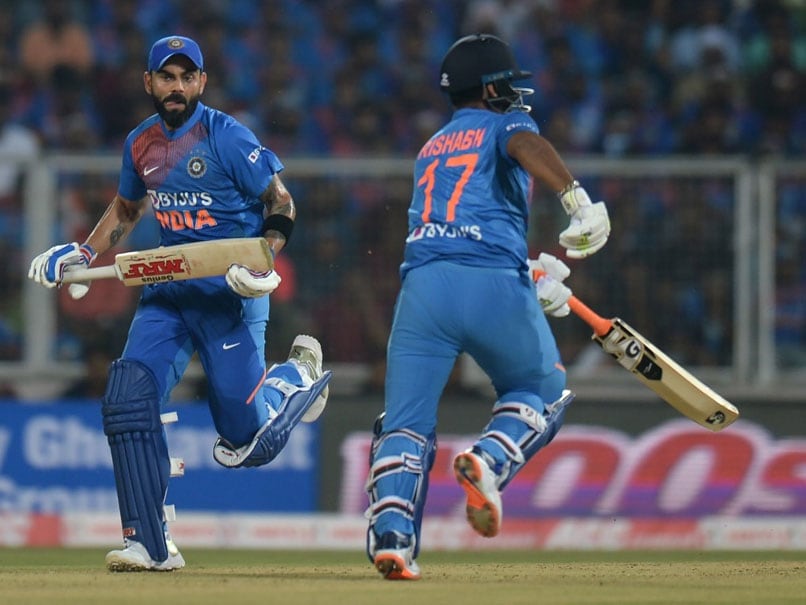 Virat Kohli now has one run more than Rohit Sharma in T20Is.© AFP

India skipper Virat Kohli has surpassed Rohit Sharma as the leading run-scorer in the T20 International (T20I) format. Kohli now has 2,563 runs in 69 innings while Rohit has scored 2,562 runs in 95 innings. He has a one-run lead over the opener. Kohli, in the ongoing second T20I against West Indies at Greenfield International Stadium in Thiruvananthapuram on Sunday, came to bat at number four and played a knock of 19 runs off 17 balls. Kohli usually bats at number three but in Sunday's game, all-rounder Shivam Dube came at three after the dismissal of KL Rahul (11).

Dube scored his maiden half-century in 27 balls. Dube hit three sixes in Kieron Pollard's over,scoring 26 runs off the over. His innings was studded with four sixes and three fours.

Dube was caught at cover by Shimron Hetmyer to spinner Hayden Walsh in the 11th over, reducing India to 97/3.

India finished their innings at 170/7.

Earlier, Windies won the toss and decided to bowl first. India are leading the three-match series by 1-0 after winning the first T20I by six wickets in Hyderabad.