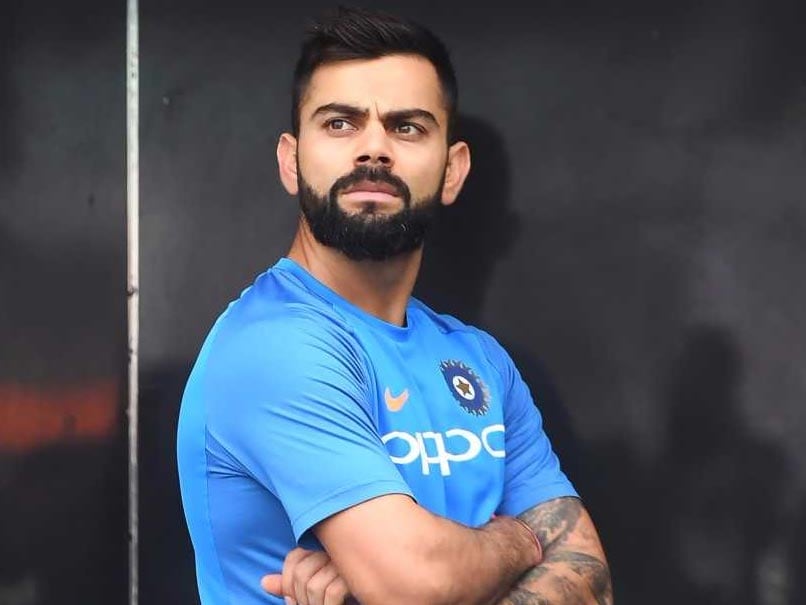 Virat Kohli has been rested for the limited-overs cricket series vs Sri Lanka.© AFP

Virat Kohli-minus India suffered a humiliating loss to Sri Lanka in the first match of the three ODI series at the Himachal Pradesh Cricket Association Stadium in Dharamsala on Sunday. The Indian batting line-up, led by Kohli, had plundered the Sri Lankan attack in the Test series. However, in the opening ODI found it was found all at sea without their talismanic leader. India were bundled out for 112 in 38.2 overs and that gave fans on Twitter the opportunity to go to town and poke fun of the 'Men in Blue'.

Breaking news virat kohli wedding called off, bcci had confirmed that kohli will join in the evening #INDvSL

Just in: kohli-anushka marriage called off, Kohli was asked by Shastri immediately to report to dressing room

Other fans on Twitter too were unforgiving and came up with some hilarious tweets to poke fun at the Indian team.

Anushka Sharma: I can't live without you

India has simply gifted today's match to Sri Lanka as if Virat Kohli is marrying Jacqueline not Anushka. #INDvSL

The Indian Cricket team showed their disappointment for not being invited to Virat Bhai's wedding...
Not a big issue#INDvSL#INDvsSL#ViratKohli

According to reports in the media, Virat and Anushka are set to tie the knot in Italy this week. However, there has been no confirmation whatsoever from the couple.

Meanwhile, in Dharamsala, the Sri Lanka captain Ruchira Perera won a crucial toss as the visitors put in a brilliant bowling performance to bundle out India for a paltry 112 in 38.4 overs. Suranga Lakmal, who achieved his career best figures of 4 for 13, shone with the ball and was ably supported by Nuwan Pradeep (2/37) and Angelo Mathews (1/8).

Chasing 113 for victory, the Lankan Lions rode on Upul Tharanga's 49 off 46 balls to achieve the target in just 20.4 overs

Comments
Topics mentioned in this article
India Cricket Team Sri Lanka Cricket Team India vs Sri Lanka 2017-18 Cricket Himachal Pradesh Cricket Association Stadium, Dharamsala Virat Kohli
Get the latest updates on ICC Women's Cricket World Cup 2022 and IPL 2022, check out the Schedule , Live Score and IPL Points Table. Like us on Facebook or follow us on Twitter for more sports updates. You can also download the NDTV Cricket app for Android or iOS.