Virat Kohli, Anuskha Sharma To Tie The Knot In Italy This Week: Reports

Rumours of Virat Kohli and Anushka Sharma getting married has gathered steam this past week. 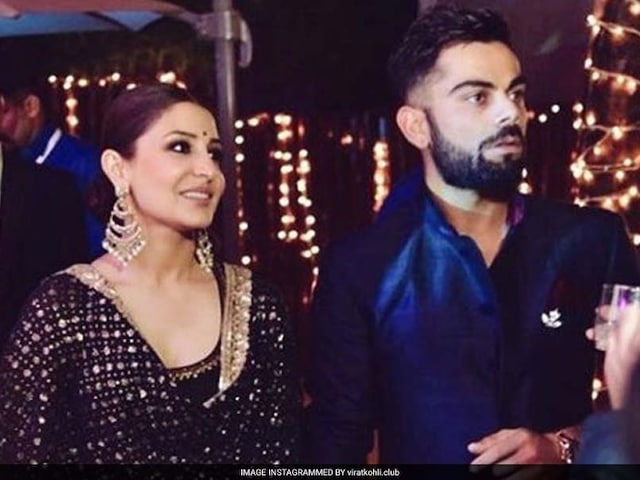 According to media reports, Virat Kohli and Anushka Sharma will tie the knot in Italy.© Instagram

Virat Kohli is set to marry Anushka Sharma this week in Italy with a grand reception planned in Mumbai on December 26, according to reports in the media. Rumours of the Indian cricket team captain and the Bollywood star getting hitched has gathered steam in the past week after Kohli opted out of the ongoing ODI and T20I series against Sri Lanka, and Anushka and her family were spotted earlier in the week at the Mumbai international airport leaving for an unknown destination.

Speculation about Virat and Anushka tying the knot reached fever pitch on Sunday with Hindustan Times and others claiming that "a heritage property in Tuscany" had been booked for the grand wedding.

The report added that "professional bhangra dancers were seen entering the resort. The beats of drums and dhol-nagare came from the venue".

Meanwhile, the hype surrounding what is being claimed as the "marriage of the year" has not been restricted to India and has even reached the English shores.

Meanwhile, the dailymail.co.uk ran a story with a straightforward headline: "Kohli-Sharma set to marry in Italy: reports", citing most of their information from Indian newspapers.

There has been no confirmation from the couple, whatsoever.

The Indian captain had said he needed to rest because of his "massive workload", ahead of the national team's all-important tour of South Africa in January.

Kohli and Anushka, both 29, started dating in 2013 after they met during the filming of a shampoo advert.

The high-profile couple made their first public appearance a year later during a football match.

Kohli is one of the world's highest-paid athletes and a huge star in cricket-crazy India, and Anushka is one of the top actresses in the multi-billion-dollar Indian film industry.

If the two stars do get hitched, theirs will be the latest in a list of Bollywood-cricket weddings.