Cheteshwar Pujara's gritty half-century bailed India out of a precarious position and helped them post 172 in their 1st innings at the Eden Gardens. 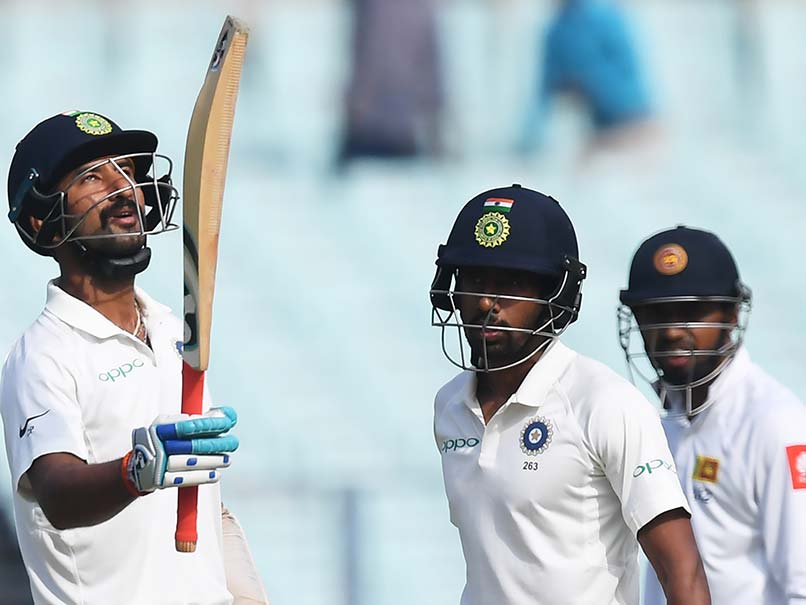 Cheteshwar Pujara showed his class in testing conditions at the Eden Gardens in Kolkata to notch up his 16th half-century. Pujara stood like a rock between a complete batting collapse against Sri Lanka and his knock gave respectability to India's first innings score. The right-hander's gritty 52 helped India reach 172 all out and, though, it might not be the most imposing of totals but it is still a fighting score on a pitch conducive for fast bowling. Rahul Dravid might be have been 'Mr. Dependable' for India previously but after his innings in Kolkata, fans on Twitter hailed Pujara as the new 'Mr. Dependable'.

Pujara got a standing ovation from the Indian dressing room.

Patient and poised - @cheteshwar1 gets to his 16th Test 50 #INDvSL pic.twitter.com/AlBe0NzZKm

Following Pujara's knock, Twitterati were all praise for 29-year-old with some even calling him the best batsman in the world.

Best test batsman in the world

He is the only one who has waited for 3 long days to complete his half century.. Great Knock Chetu

So nice. One man army

Coming into bat after KL Rahul had been dismissed on the first ball of the match, Pujara scored a patient 52 off 117 balls in a knock that had 10 fours in it.

He patiently waited for loose balls as the visitors got maximum purchase from the Eden's green top, brilliantly aided by the overcast conditions. Following Pujara's dismissal, some lusty blows from Ravindra Jadeja (22) and Mohammed Shami (24), the hosts managed to score 172.

Comments
Topics mentioned in this article
India Cricket Team Sri Lanka Cricket Team Cheteshwar Pujara India vs Sri Lanka 2017-18 Cricket
Get the latest updates on India vs South Africa and check out  Schedule, Results and Live Score. Like us on Facebook or follow us on Twitter for more sports updates. You can also download the NDTV Cricket app for Android or iOS.