During the 2014 series, Virat Kohli could manage scores of 1 and 8 in both the innings of the Nottingham Test. 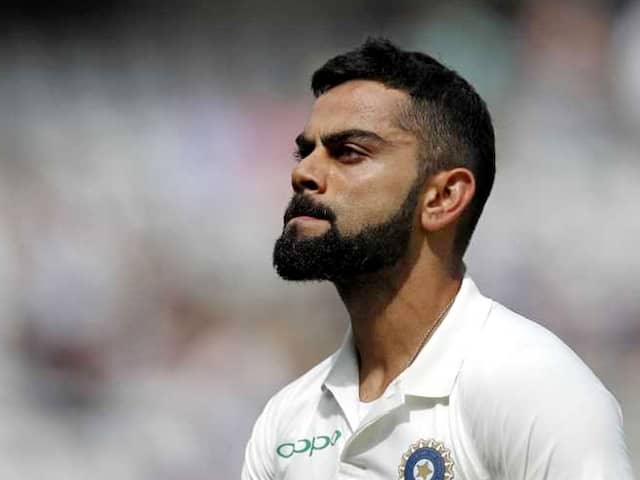 Virat Kohli scored 1 and 8 runs in two innings of the Nottingham Test in 2014.© AFP

Already trailing 0-2 in the 5-match Test series, Indian skipper Virat Kohli and the team management face quite a few number of problems before the team takes on England in the third Test starting from Saturday at Trent Bridge, Nottingham. With the top-order batsmen surrendering in front of the England pace-attack in the first two Tests and skipper himself dealing with a sore lower back, the team management is currently going through their worst nightmares. Add to that, Virat's disappointing batting record at the Trent Bridge in the 2014 season will also be a matter of worry in the Indian camp.

During the 2014 series, Virat scored only 1 and 8 runs respectively in both the innings of the Nottingham Test. Even the likes of Mohammed Shami and Ishant Sharma had better records than Virat at the venue. While Shami scored an unbeaten half-century in 2014, Ishant too managed to get 25 runs in the same Test.

Virat announced his arrival in the 2018 England series with a brilliant 149 and 51 at Edgbaston but slumped to the scores of 23 and 17 in the second Test at Lord's. His lack of scores could be attributed to his back problem but it was quite evident during his innings that he appeared uncomfortable playing the England's bowling attack. The overcast weather and swinging conditions also weren't in favour of the visiting side.

With the Trent Bridge conditions yet again to favour swing bowling, it will be a difficult task for the Indian batsmen to cope-up with the lethal England pace attack that includes the likes of James Anderson and Stuart Broad.

The third Test between England and India begins from August 18.

Ishant Sharma England vs India, 2018 Trent Bridge, Nottingham England vs India, 3rd Test
Get the latest Cricket news, check out the India cricket schedule, Cricket live score . Like us on Facebook or follow us on Twitter for more sports updates. You can also download the NDTV Cricket app for Android or iOS.