Jasprit Bumrah underwent surgery in Leeds on July 4 and underwent rehabilitation in India, before being called up for the Test series. 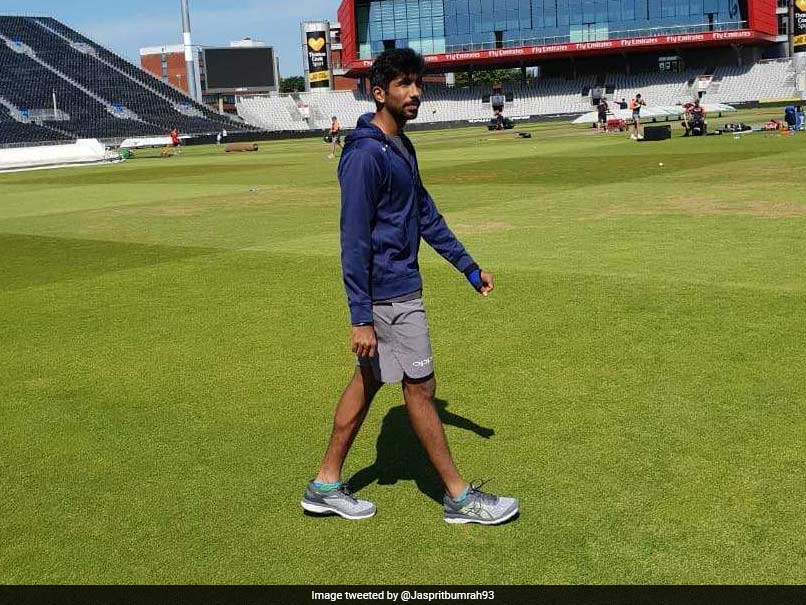 Jasprit Bumrah had injured his left thumb in the first game against Ireland in June.© Twitter

The beleaguered Indian team on Tuesday received a boost with pacer Jasprit Bumrah being declared fit and available for selection for the third Test against England starting in Nottingham on Saturday. England lead the five-match series 2-0 after convincing wins. Bumrah had injured his left thumb whilst playing in the first game against Ireland in Dublin back in June. He didn't feature in the T20Is or ODIs against England since then, and also missed the first two Tests thanks to a fracture on his left thumb.

He underwent surgery in Leeds on July 4 and underwent rehabilitation back in India, before being called up for the Test series.

Throughout the second leg of this tour, Bumrah has been keenly working in the nets, from Chelmsford, to Birmingham, to Lord's, although the team management was waiting for the plaster to come off finally.

During one of the net sessions, while the rain intervened during the second Test, Bumrah was seen bowling without his plaster and thus his availability for the next match has now been confirmed.

Even so, it remains to be seen whether he will be included in the playing eleven without having any proper match time.

In other news, both Ravichandran Ashwin and Hardik Pandya have also been declared fit. Both suffered blows to their bowling hands while batting in the second innings at Lord's. Ashwin was hit twice, in fact.

Meanwhile, skipper Virat Kohli is in a race against time to get completely fit for the third Test. He had confirmed his availability albeit with the rider that he might not be able to field or run between the wickets up to a 100 percent of his ability.

There was a gym session for the entire Indian team today, with the players as well as the skipper taking part. Kohli is also undergoing rehabilitation to improve his chances of attaining total fitness, even as these various issues put a spotlight on the heightened workload of Indian cricketers.

Virat Kohli England vs India, 2018 Cricket
Get the latest updates on Fifa Worldcup 2022 and check out  Fifa World Cup Schedule, Stats and Live Cricket Score. Like us on Facebook or follow us on Twitter for more sports updates. You can also download the NDTV Cricket app for Android or iOS.