Cricket fans took to social media to demand that Rahul Dravid be called up as coach of the senior men's team. 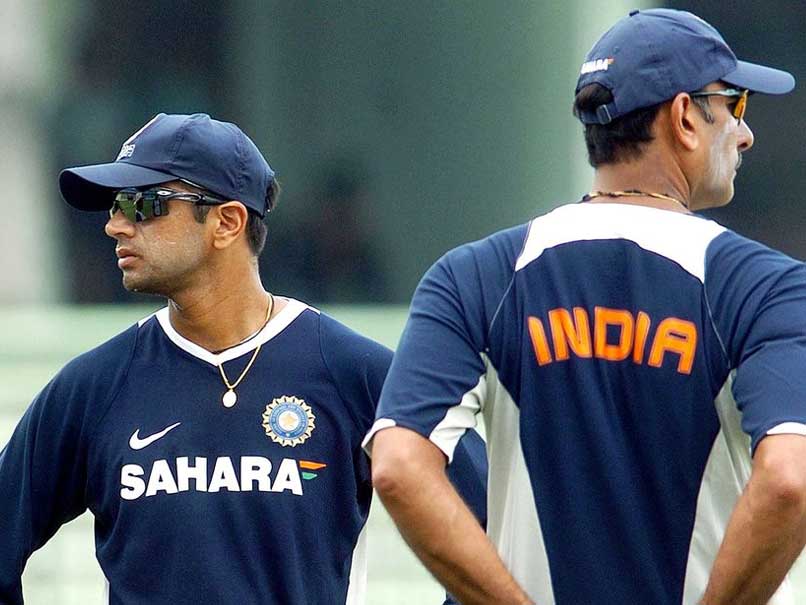 Rahul Dravid is the only captain after Kapil Dev and Ajit Wadekar to win a Test series in England.© AFP

The Indian cricket team is facing the ire of fans for their meek surrender in the second Test at Lord's. After losing the opening Test of the five-match series, the visitors were blown away by England pace attack and lost the second Test by an inning and 159 runs. While some fingers are being pointed at captain Virat Kohli's captaincy, fans on social media have criticised head coach Ravi Shastri. They have also demanded that the Board of Control for Cricket in India (BCCI) sacks Ravi Shastri and appoints batting legend Rahul Dravid as the new coach.

These are changes required for the team to succeed.
1. Sack Chamcha Ravi Shastri and Bring Rahul Dravid as coach.
2. Fitness alone can’t win you matches. Need to play more warm up matches or county cricket.
3. Dhawan, Vijay & Rahane career over. Pant, Iyer, Nair are the future.

#KyaHogaIssBaar We should bring Rahul Dravid as a coach, Ravi Shastri is not good enough to solve problems.

India needs Rahul Dravid as coach rather then over smart ravi shastri..

I agree. Shastri is a mega disaster. He has to go immediately. Put Rahul Dravid in his place. The youngsters will reveal their full potential !

I think it's time for BCCI to remove Ravi shastri, bharat arun from indian cricket team. Rahul dravid & zaheer khan should given the change as coach, Rahul dravid as batting coach & zaheer Khan as bowling coach.

This Guy Is Useless! Sack Him For Better Future Of Indian Cricket! He have No Strategies About How To Face Overseas conditions!!! Let Rahul Dravid Be The Head Coach!!! Shastri Ko Looks Dene Ke Siwa Kuch Nhi Aata!!! @BCCI @RaviShastriOfc @imVkohli

Dravid boasts of an impressive record against England.

Dravid, who is currently coaching India’s Under-19 team, is the only captain after Kapil Dev (1986) and Ajit Wadekar (1971) to win a Test series against England in England.

Under Dravid’s captaincy, India won the Test series on English soil in 2007.

He has played 21 Tests against England and scored 1950 runs at an average of 60.93, including seven  centuries and eight fifties.

Dravid’s away record on England soil is quite impressive. He has played 13 Tests against England in England and scored 1376 runs at an average of 68.80. He has scored six centuries while playing in England.

India will face England in the third Test at Trent Bridge from August 18.

Virat Kohli England vs India, 2018 Cricket
Get the latest updates on Fifa Worldcup 2022 and check out  Fifa World Cup Schedule, Stats and Live Cricket Score. Like us on Facebook or follow us on Twitter for more sports updates. You can also download the NDTV Cricket app for Android or iOS.