India vs England: Harbhajan Singh Comes Down Hard On Ravi Shastri, Says Coach Must Speak Up

Team India are 0-2 down in the five-Test series against England after experiencing an innings defeat in the second Test at Lord's. 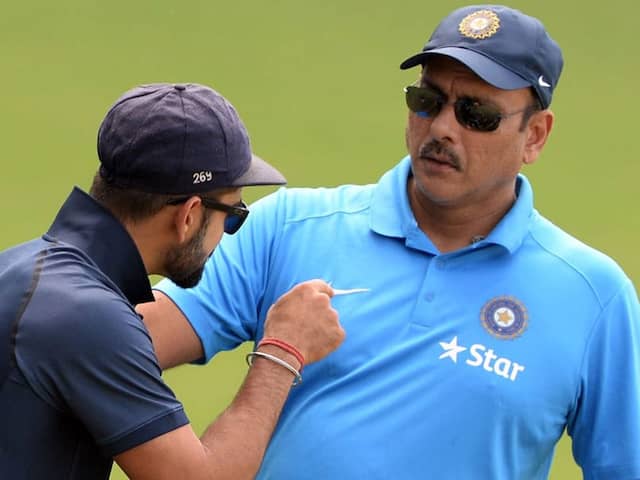 Team India are 0-2 down in the five-Test series against England.© AFP

Team India are 0-2 down in the five-Test series against England after experiencing an innings defeat in the second Test at Lord's. While some fingers are being pointed out at captain Virat Kohli's captaincy, India spinner Harbhajan Singh has come down hard on Ravi Shastri and wants the Team India head coach to be made answerable for India's poor show at the Lord's Test. The second Test was ended in just three days after the opening day was washed out due to rain.

"The coach has to come on record, today or tomorrow he has to speak up. He is answerable to everyone. If India loses the series, then he might have to eat his words and admit that conditions do make a lot of difference," Harbhajan, who has 417 Test wickets to his credit, told Aaj Tak.

Before the start of the England tour, Shastri stated that his team is afraid of no team. He had also said that India have the potential to be one of the best travelling teams.

"For us there is no away, every game is a home game because we don't play the opponent, we play the pitch. Our job is to conquer the pitch wherever we go," Shastri had said prior to the start of the tour.

"We have a bowling attack that can take 20 wickets. We are not bothered by what conditions we play in. We have the variety but we need to execute our plans in the best possible manner. And bat well, which is important. Our batting let us down in South Africa," Shastri had said.

Shastri also mentioned that India will play a fearless brand of cricket in order to win the series.

"We are aggressive. We play to win. Even in this series, we are playing to win. We are not here to draw games or fill in the numbers. We play every game to win and take the game forward. And if in trying to win we lose a game, tough luck. As long as we win more than we lose, we are happy," Shastri had said while addressing media before departing for England.

Kohli scored 54 percent of India's total in the first innings of the Edgbaston Test.

In the second Test, Kohli couldn't do much with the bat as he scored 40 runs in the match.

The third Test will be played at Trent Bridge on August 18.

Virat Kohli Ravi Shastri England vs India, 2018 Cricket Harbhajan Singh Lord's, London
Get the latest Cricket news, check out the India cricket schedule, Cricket live score . Like us on Facebook or follow us on Twitter for more sports updates. You can also download the NDTV Cricket app for Android or iOS.