Ravi Shastri was seen dozing during the 45th over of the first day. 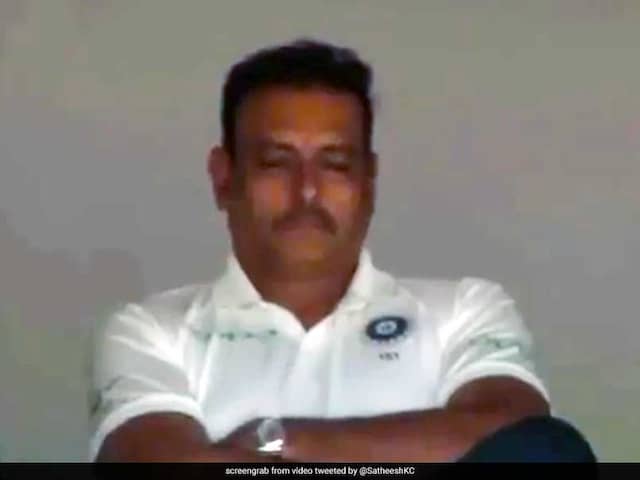 Ravi Shastri was caught napping on camera during Day 1 of the first Test.© Twitter

Ravi Shastri was caught napping on camera during Day 1 of the first Test between India and England at Edgbaston in Birmingham. The incident took place during the 45th over when hosts England were cruising at 134/3. England skipper Joe Root, who was the main aggressor on the opening day was batting at 52 from 114 deliveries during the over bowled by Ishant Sharma over. At that stage England looked good to pile up a big total but things changed as the afternoon progressed.

One of the India fans who noticed the incident unfold trolled Shastri on social media and said, "After effects of full meals from your favourite Andhra mess @RaviShastriOfc #ENGvIND #RaviShastri."

Meanwhile, at the end of the opening day, off-spinner Ravichandran Ashwin produced one of his most impactful performances outside the sub-continent as India reduced England to 285 for nine on Thursday.

Ashwin (4/60) registered his best figures in Test cricket across South Africa, England and Australia as the hosts lost six wickets for 69 runs in the final session of play to find themselves in a precarious position after opting to bat.