Bharat Arun said that any call on the team combination will be taken on August 8. 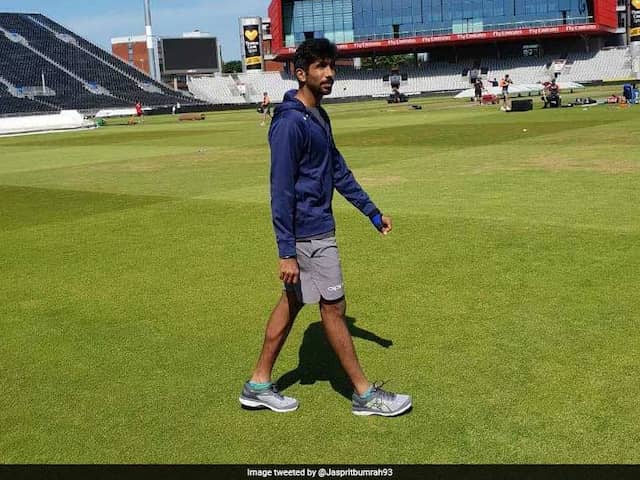 Bharat Arun said playing an extra batsman vs England at Lord's would be a conservative move.© Twitter

Ahead of the second Test, India bowling coach Bharat Arun said that India bowler Jasprit Bumrah is out of contention as it is too early to put him in a game like situation. Bumrah suffered a thumb injury on his left hand during the first T20I against Ireland at Malahide. Bumrah was also ruled of the T20I and ODI series against England. However, the pacer was available for selection from the 2nd Test onwards. "Jasprit Bumrah is bowling right now but I think it is too early to put him into a game like situation because I think he needs to come off the band-aid plaster on his hand. For the second Test, he is out of contention," Bharat Arun confirmed.

Meanwhile, he also said that playing five bowlers will more sense than an extra batsman because the Lord's pitch looks bowler-friendly.

"Playing an extra batsman here, I would consider it as a conservative move. I think everything depends on the conditions and they are not going to be as friendly as it was in the first Test, it makes more sense to play five bowlers (here)," Arun said.

He also expressed his satisfaction at the fact that the Indian bowlers once again, after South Africa, took 20 wickets in a Test match outside the sub-continent.

"We can't ask for anything better. There is still room for improvement but the bowlers did a good job. There was a huge improvement from the first innings to the second and that was extremely welcome," he said.

The pitch at the Lord's bore a dry look, with a variety of heavily used wickets.

Arun said that any call on the team combination will be taken on August 8.

"We will take a call tomorrow (Wednesday). We will take a look at the wicket but our bowlers have done extremely well in the last game. So we really need to look at any change in strategy depending on the wicket."

The Indian bowling coach didn't divulge if an additional spinner in Ravindra Jadeja or Kuldeep Yadav will come into play.

"It's a good choice (to pick between Kuldeep Yadav and Ravindra Jadeja), a tough one too. Depending on the conditions and the team, we'll take a call on that," said Arun.