Want To Win Matches For The Team With My Performance, Says Ishant Sharma

Ishant Sharma picked 6 wickets in the first Test which included a five-wicket haul in the second innings. 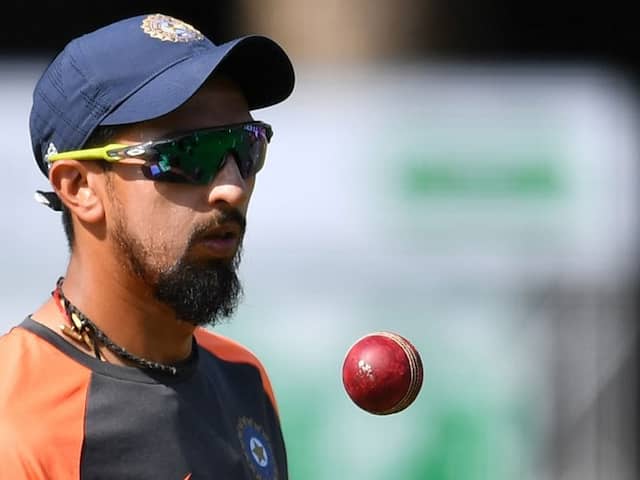 Trailing 0-1 in the 5-match Test against hosts England, India will look to level the series when they step on the field on Thursday for the second Test at the Lord's, London. Ahead of the second game of the Test series, India pacer Ishant Sharma shared his eagerness to win matches for the team. The 29-year-old pacer, in an interview to bcci.tv, opened up on his preparation for the series and asserted that that his sole focus was to contribute for the team and help India win matches with his performances.

"It has also helped me to bowl long spells. The only thing matters to me is that, I want to help my team win with my performances," he added.

In the last 19 Test matches, Ishant has picked up 73 wickets. In the previous match, the pacer took six wickets which included five wickets in the second innings.

Talking about his preparation for the Test series and the process behind it Ishant said, "The process always remains the same. You have to focus on where you have to bowl and how to execute your plans. At the end of the day, when it works out, then you feel satisfied and happy. It is important to take up responsibility when you are a senior bowler.

"You have to be performance oriented. I have not done anything special. It's just the mindset, which is totally different for me. You start believing in yourself and you hit the right lengths. If you ball at a particular length consistently and play with batsmen patience, you will eventually get success," Ishant added.

With front-line seamers Bhuvneshwar Kumar and Jasprit Bumrah out of contention due to injuries, Ishant also elaborated about the environment in the bowling unit. He explained that everyone in the unit knows his role and with a healthy competition in the team, players know that under performance will land them out of the playing XI.

"The current lot is a competitive fast bowling unit. We have a healthy competition amongst each other which is a good sign for the team. Everyone knows if they don't perform they can be out of the playing XI. Because of this players are always on their toes. Things are quite simple in this team, if you perform you will be in the team and if you don't you will sit out," Ishant said.

In 2014, India lost the Test series 1-3 where the only win for the team came in at Lord's. Ishant Sharma won the man of the match award for his of figures of 7-74 in the second innings. With India looking to level the series, Ishant will once again look to repeat his 2014 heroics.

Bhuvneshwar Kumar England vs India, 2018 Lord's, London England vs India, 2nd Test
Get the latest Cricket news, check out the India cricket schedule, Cricket live score . Like us on Facebook or follow us on Twitter for more sports updates. You can also download the NDTV Cricket app for Android or iOS.