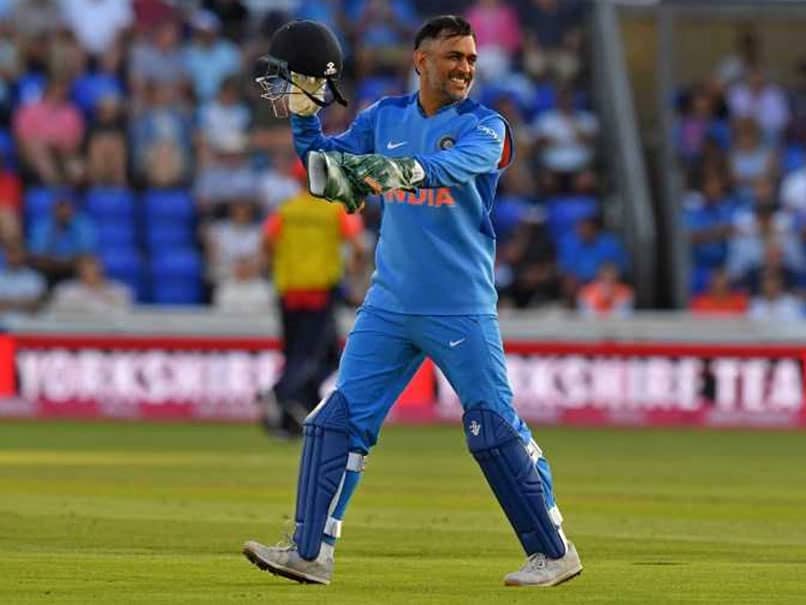 Mahendra Singh Dhoni on Tuesday captained India for the 200th time in One-day Internationals (ODIs) after a gap of almost two years in their Asia Cup 2018 Super Four clash against Afghanistan . Dhoni relinquished the captaincy of India's T20 and ODI sides in January 2017. On Tuesday, Afghanistan had won the toss and elected to bat against India. Speaking after the toss, MS Dhoni said this match gave him the opportunity to play in his 200th ODI match as a captain. "I was not really sure of where I am standing. I have captained 199 ODIs, so this gives me an opportunity to make it 200. It's all destiny and I always believed in that. It's not in my control, once I left captaincy. Good to complete 200, but I don't think it really matters," he said.

Dhoni also revealed that India were also looking to bowl first. "We were looking to bowl first. Quite a few changes. Both the openers are missing, Bhuvi, Bumrah and Chahal are also missing. Everybody who hadn't played in this tournament gets a chance. They are part of the 15 and are representing India. We'll have to keep the intensity up. It is important for them to adjust to the line and length they need to bowl," he added.

Dhoni had last captained India in the ODI series against New Zealand. Dhoni is one of India's most successful captain across all formats. Dhoni had led India in 199 ODIs out of which he won 110 matches and lost 74 before India's match against Afghanistan. In those ODI matches as captain, he has scored 6633 runs at an average of 53.92 including 6 tons and 47 half-centuries. As captain, he has also earned 15 man-of-the-match awards and four man-of-the-series accolade.