Steve Smith took his run-spree in Ashes 2019 to a new level as he returned to action with a superb double century in the fourth Ashes Test. 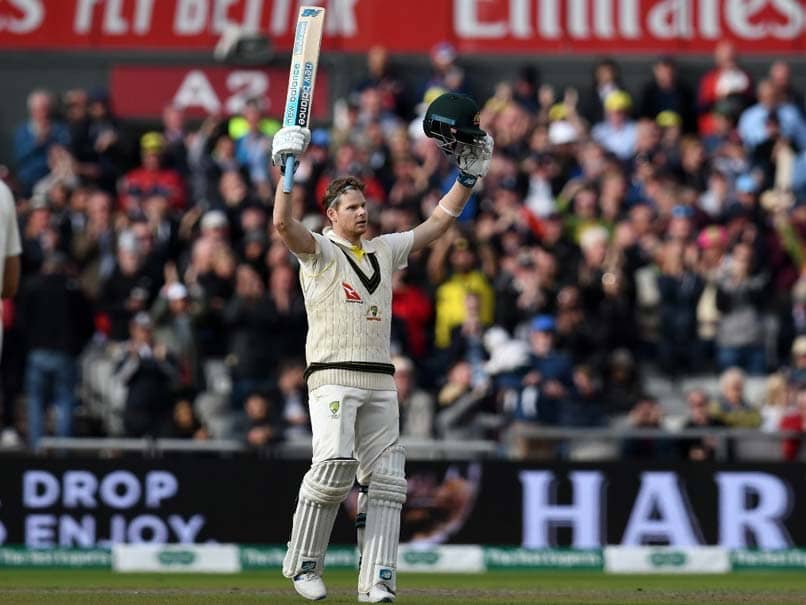 Steve Smith's 211 was the centrepiece of Australia's 497 for eight declared.© AFP

Steve Smith yet again proved to be England's biggest nemesis as the former Australia captain hit a sensational double century to put his team in complete control of the fourth Ashes Test at Old Trafford in Manchester. The 30-year-old's 211 was the centrepiece of Australia's 497 for eight declared on the second day. It was his third century in four innings this series following scores of 144 and 142 in the opener at Edgbaston -- Steve Smith's first Test since completing a 12-month ball-tampering ban. Ricky Ponting was effusive in his praise for Steve Smith and hailed him as a "genius".

Smith has taken his game to a new level since returning from a 12-month ball-tampering ban this year, with his double hundred giving him an incredible batting average during the series of 147.25.

"You hear all sorts of words, 'genius' is one that comes to mind," Ricky Ponting told cricket.com.au when asked to sum up Smith's knock, which put Australia in a dominant position after two days.

"A remarkable innings again. It's his application to what he does. He just doesn't make any mistakes. His concentration levels are obviously unbelievably good."

Even Ponting, one of cricket's sharpest minds, struggled to think of how to get him out. But he did have some advice.

"He's only been out nine times lbw in his last 99 innings, so you know if you're bowling straight you're not going to get him out," he said.

"The one thing you have to do is try and challenge the outside of his bat. He doesn't miss it on the inside."

"Even what Smithy is doing now is remarkable, to think how good Bradman must have been to be a third again better than what Steve Smith's doing at the moment is ridiculous," he said.

Australia's media said the gap between the two men was constantly narrowing.

"We're at the point where Smith and Bradman can not only be used in the same sentence but transposed," said The Australian's senior cricket writer, Gideon Haigh.

The Sydney Daily Telegraph was equally effusive in its praise of Smith's batting, which has seen three centuries in four innings this series following scores of 144 and 142. His worst knock was 92.

"His score of 211 was an innings beyond significance for the match alone, it was one which took the batting genius beyond comparisons with anyone other than Sir Donald Bradman," it said.

Steven Smith Ricky Ponting Don Bradman The Ashes 2019 England vs Australia, 4th Test Cricket
Get the latest updates on India vs England Series, India vs England , live score and IPL 2021 Auction . Like us on Facebook or follow us on Twitter for more sports updates. You can also download the NDTV Cricket app for Android or iOS.