Steve Smith became the leading Test run-scorer in this calendar year as he brought up his third century of the ongoing Ashes series. 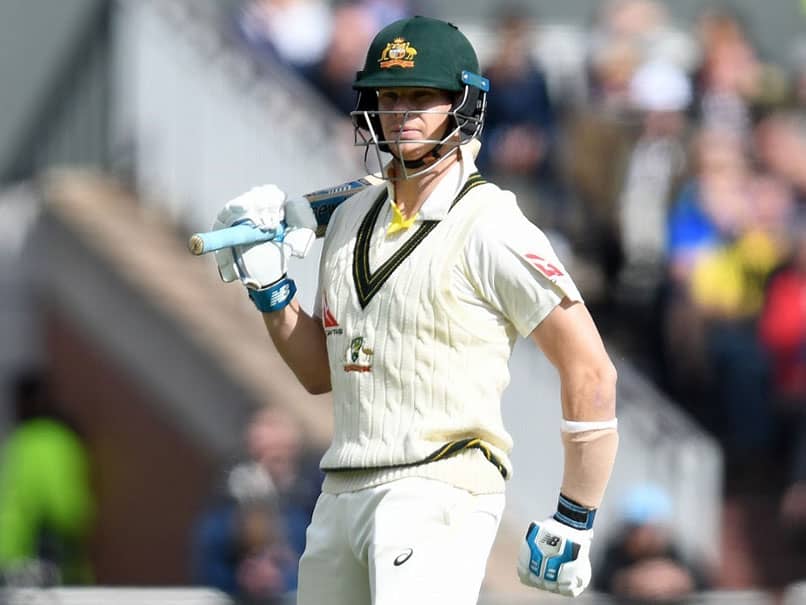 Steve Smith is the leading run-scorer of the ongoing Ashes series.© AFP

Steve Smith brought up his third hundred of the ongoing Ashes series and 26th of his Test career at Old Trafford in Manchester on Thursday. Smith scored 144 and 142 in Australia's 251-run win in the opener against England at Edgbaston, his first Test since completing a 12-month ball-tampering ban. His lowest score of the current campaign was the 92 he posted at Lord's after being hit by a Jofra Archer bouncer. After the hit, a concussed Smith was ruled out of England's dramatic one-wicket and series-levelling win in the third Test at Headingley. While England players are still looking for ways to dismiss the leading Test run-scorer of the year, Sachin Tendulkar took to Twitter to explain what sets Steve Smith apart. "COMPLICATED TECHNIQUE but an ORGANIZED MINDSET is what sets @stevesmith49 apart. Incredible comeback!," Tendulkar tweeted.

Australia had been in trouble at 28/2 but Smith and Marnus Labuschagne, whose 67 was his fourth successive Test 50 since replacing the former captain as a concussion substitute, put on 116 for the third wicket.

Australia resumed on 170/3 after Wednesday's rain-marred first day in Manchester.

Smith was 60 not out, his eighth successive Test 50 against England extending the 30-year-old's Ashes record.

On Thursday, Australia lost Travis Head and Matthew Head quickly but Smith got involved in another vital partnership with captain Tim Paine.

England managed to dismiss Smith when he was batting on 118 but the TV replays showed that Jack Leach had overstepped.

After surviving the scare, Smith went on to bring up 150, while Paine notched up his 6th fifty in the longest format of the game.

Post Tea, the world's top-ranked Test batsman went on to score his third double hundred at this level, and third against England, in 310 balls including 22 fours and two sixes with a legside two off Stuart Broad.

Sachin Tendulkar Cricket The Ashes 2019 England vs Australia, 4th Test
Get the latest updates on IPL 2021, IPL Points Table , IPL Schedule 2021 , live score . Like us on Facebook or follow us on Twitter for more sports updates. You can also download the NDTV Cricket app for Android or iOS.