England all-rounder Ben Stokes played an unbeaten knock of 135 runs in an innings comprising of 11 boundaries and 8 sixes, to guide his team to a one-wicket win over Australia. 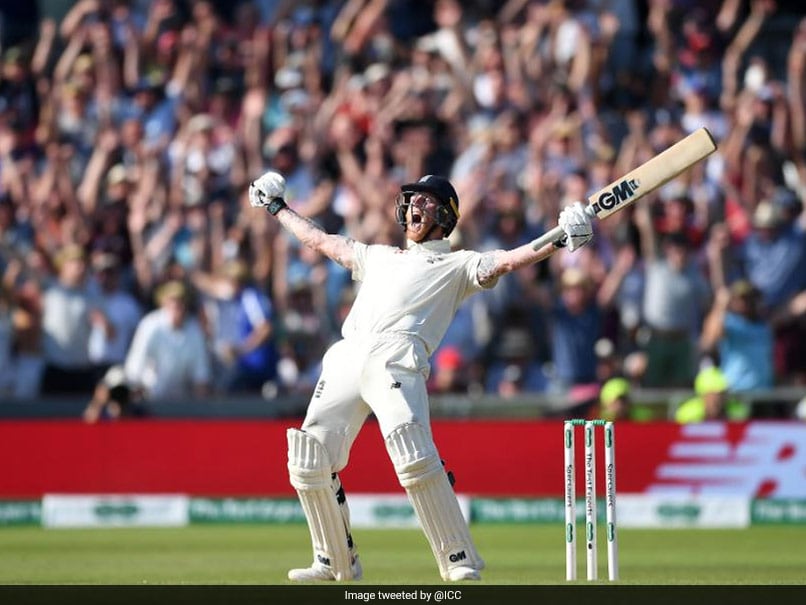 Ben Stokes came out to bat with England at 141/3 in the fourth innings.© Twitter

It was on August 25, 2019, that England all-rounder Ben Stokes played a match-winning knock in the Ashes against Australia to lead his side to an improbable win. While chasing 359, Stokes played an unbeaten knock of 135 runs to guide England to a one-wicket win over Australia. Stokes had come out to bat at 141/3 in the fourth innings, with England reduced to 286/9 at one stage.The side required 73 runs more for the win, but Stokes found support in number eleven batsman Jack Leach and the duo went on to form an unbeaten stand of 76 runs.

The left-handed batsman changed gears and went on to play attacking shots to take England over the line. Leach kept on defending the balls and remained unbeaten on 1. In this particular match, England had won the toss and opted to bowl.

Australia were bowled out for 179 as Jofra Archer scalped six wickets. However, the visitors, staged a remarkable comeback as they bundled out England for just 67, gaining a lead of 117 runs. For Australia, Josh Hazlewood scalped five wickets.

In the second innings, the visitors were bundled out for 246, giving England a target of 359 runs. From there, Ben Stokes played one of the most memorable knocks to guide England to a famous victory.

The 2019 Ashes ended in a 2-2 draw, but Australia managed to regain the urn as they had won the series which was played in Australia earlier.

Stokes is currently the number one ranked Test all-rounder in the world.