The series was drawn 2-2, with Australia keeping the urn as the Ashes holders despite losing the last Test at the Oval by 135 runs. 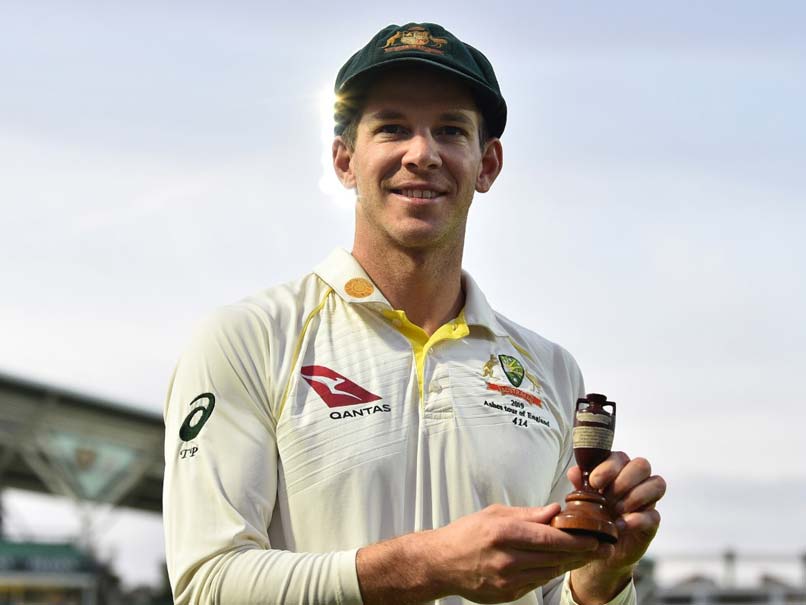 Captain Tim Paine has predicted a "very exciting era" for Australian cricket after the team retained the Ashes against England, while revealing he broke his thumb in the final Test. The series was drawn 2-2, with Australia keeping the urn as the Ashes holders despite losing the last Test at the Oval by 135 runs. "I'm looking forward to Australia seeing how far we've come this summer," Paine said in a column for The Australian newspaper, referring to upcoming home Tests against Pakistan and New Zealand.

"Last year we were a bit lost and were finding our way," he added after the side struggled in the wake of the ball-tampering scandal in South Africa.

"I know we have found it now and I am confident this group is the beginning of a very exciting era in Australian cricket.

"We've got the best bowling attack in the world and the basis for a great batting line-up."

Australia retaining the Ashes was built on the back of an incredible series by former skipper Steve Smith, who scored 774 runs in just seven innings, and an impressive bowling attack led by Pat Cummins and Josh Hazlewood.

Paine called Smith "a freak" while also praising Marnus Labuschagne as having "a huge future" after he too enjoyed a stellar tour with the bat.

But he revealed the last Test was a struggle for himself and fast bowler Peter Siddle.

"My thumb was broken towards the end of that Test but it is not displaced, so I should be right to get back into training early," said Paine, while praising workhorse Siddle who was battling a hip injury.

"He has copped a bit of criticism for not bowling as well as... we know he can, but the team knows just how heroic he was.

"A lot of other people wouldn't have bowled again in the match, but he pushed on because he didn't want to leave Josh Hazlewood and Pat Cummins to do extra work."

Coming off a long overseas tour and with five home Tests starting from November 21, Paine said he needs to rest and will not play the domestic Big Bash League Twenty20 competition this season.

"Being captain is draining and I think I should take every chance to recharge my batteries," he said.

England Cricket Team Tim Paine The Ashes 2019 Cricket
Get the latest updates on IPL Auction 2023 and check out  IPL 2023 and Live Cricket Score. Like us on Facebook or follow us on Twitter for more sports updates. You can also download the NDTV Cricket app for Android or iOS.