David Warner had a horrendous Ashes 2019 with Stuart Broad dismissing him seven times during the series. 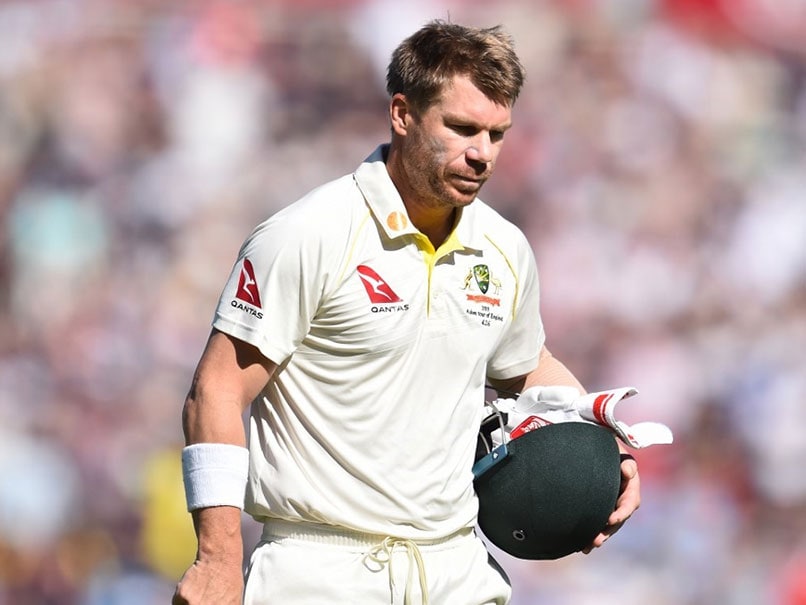 Australia's coach Justin Langer said David Warner allowed England seamer Stuart Broad to "get into his head" during the just-concluded Ashes series. Australia retained The Ashes, with the series finishing in a 2-2 draw, but it was a forgettable series for the left-handed opener David Warner, who was dismissed seven times by England pacer Stuart Broad. Warner scored just 95 runs during the series - the fewest runs scored by a Test opener across 10 innings of a series. However, Langer remained adamant that "you never write off champion players".

Langer plans to persist with the experienced batsman heading into the Australian summer but expressed some doubt that Warner would fully recover from a dismal Ashes display.

"He had this series, it didn't go to plan, but he's seen how successful he's been and the impact he can have on Australian cricket teams winning, so I'm confident he'll come good.

"Actually, I'm hopeful he comes good. Talking frankly, I thought he let Stuart Broad get into his head and I think he thought way too much about it."

Langer feels Warner, who was the second-highest run scorer at the World Cup, will be pleased to be returning home.

"In this instance I don't think David solved the puzzle, and he'll be the first to admit that," Langer said.

"He'll probably be very relieved (when) he gets on the Qantas flight knowing he doesn't have to face Stuart Broad for a while, I reckon."

Comments
Topics mentioned in this article
The Ashes 2019

Stuart Broad Justin Langer Cricket
Get the latest updates on IPL Auction 2023 and check out  IPL 2023 and Live Cricket Score. Like us on Facebook or follow us on Twitter for more sports updates. You can also download the NDTV Cricket app for Android or iOS.