Stuart Broad dismissed David Warner for a third duck in as many Test innings at Old Trafford on Saturday. 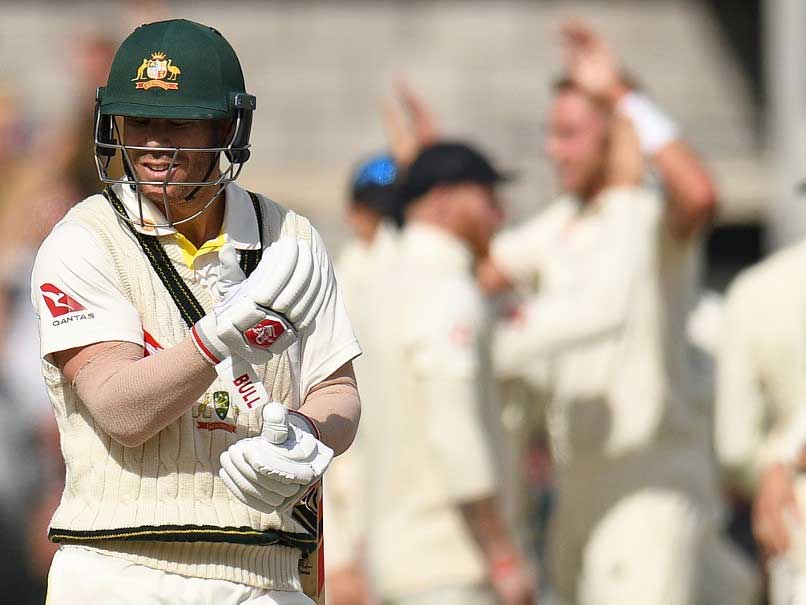 Stuart Broad dismissed David Warner for a third duck in as many Test innings at Old Trafford on Saturday as the England paceman continued to torment the Australia opener in the Ashes series. Broad, bowling from around the wicket, had left-hander Warner lbw sixth ball to leave Australia none for one in their second innings of the fourth Test. Broad also had Warner caught behind for nought in Australia's first innings 497/8 declared, having had him lbw for nought in the second innings of England's dramatic one-wicket win in the third Test at Headingley.

This is Warner's first Test series since a 12-month ban for his role in a ball-tampering scandal in South Africa.

But this Ashes has seen the 32-year-old Warner, now playing in his 78th Test, become Broad's 'bunny'.

Warner, who did not even bother to review umpire Marais Erasmus's decision when given out on Saturday, is only the third Australia opening batsman to make three successive noughts in Test cricket after Victor Trumper in 1908 and Graeme Wood in 1980.

Despite Warner's latest early exit -- which prompted the now customary mixture of cheers and boos from the home crowd -- Australia were still then 196 runs ahead after bowling England out for 301 in their first innings.

While Warner is struggling, star batsman Steve Smith made 211 in Australia's first innings at Old Trafford.

It was the former Australia captain's third century of this Ashes in what is also his first series since he too completed a 12-month ball-tampering ban for his role in the same incident in Cape Town that led to the suspension of Warner, his then deputy.

Holders Australia will retain the Ashes at 2-1 up with one to play in a five-Test series if they win at Old Trafford.

David Warner The Ashes 2019 Cricket
Get the latest updates on IPL 2021, check out the IPL 2021 Schedule and Indian Premier League Live Score . Like us on Facebook or follow us on Twitter for more sports updates. You can also download the NDTV Cricket app for Android or iOS.