David Warner was dismissed for the fifth time in the Ashes 2019 by Stuart Broad during the first innings of the Manchester Test. 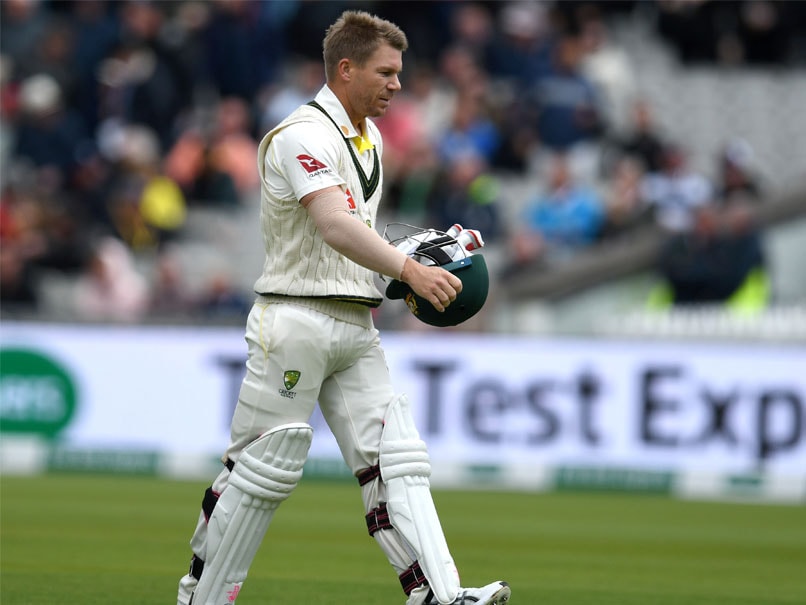 David Warner was dismissed for the fifth time in the ongoing Ashes series by fast bowler Stuart Broad during the first innings of the ongoing Manchester Test. David Warner, who has been out of form in the Ashes 2019, has been repeatedly troubled by Stuart Broad and he continues to find a way out of it.Ahead of the start to Australia's first innings, Cricket Australia tweeted, "David Warner resumes his battle with Stuart Broad... #Ashes". But soon after David Warner was dismissed for a duck in the first over of the Manchester Test, ICC retweeted Cricket Australia's tweet and said, "This aged well #Ashes".

The series is also Warner's first appearance in a Test series after the ball-tampering scandal broke out in South Africa last year. But unfortunately for Australia, Warner has failed to perform up to the mark.

Warner has represented Australia in 78 Test matches. He has accumulated 6442 runs in the longest format with the help of 21 centuries and 30 half-centuries to his name. He also holds an average of 46.68 in this format.

The Ashes 2019 series is currently all square at 1-1. The fifth and final Test will be played from September 12 to 16 at the Kennington Oval in London.