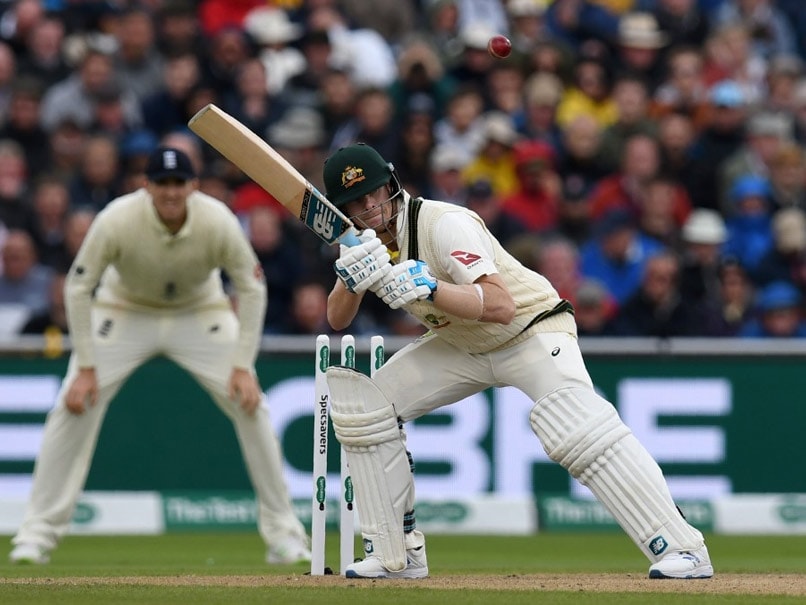 Australia star Steve Smith looked like he had never been away as he marked his first Test since suffering concussion with a fourth fifty in as many innings against England this Ashes series at Old Trafford on Wednesday. Smith, a shining light for the tourists on a dull day in Manchester, was 60 not out in an Australia total of 170/3 at stumps on the rain-marred first day of the fourth Test where only 44 overs of a scheduled 90 were bowled. This was Smith's eighth succesive Test fifty against England -- a run that started during Australia's 4-0 home series win in 2017/18 -- with the 30-year-old extending his own Ashes record. The star batsman had come in with Australia struggling at 28/2 after an early double strike by Stuart Broad, who had 2/35 from 10 overs at the close. But together with Marnus Labuschagne, whose 67 was his fourth successive Test fifty since replacing Smith as a concussion substitute, the former Australia captain added 116 in 33 overs for the third wicket. (SCORECARD)

Old Trafford, Manchester The Ashes 2019 Cricket England vs Australia, 4th Test Live Score Live Cricket Score Live Blogs
Get the latest updates on IND vs NZ 2021, check out the Schedule and Live Score . Like us on Facebook or follow us on Twitter for more sports updates. You can also download the NDTV Cricket app for Android or iOS.