Kumar Dharmasena was originally appointed as the TV umpire for the fourth Test match but will now stand on-field with Marais Erasmus in both the remaining matches. 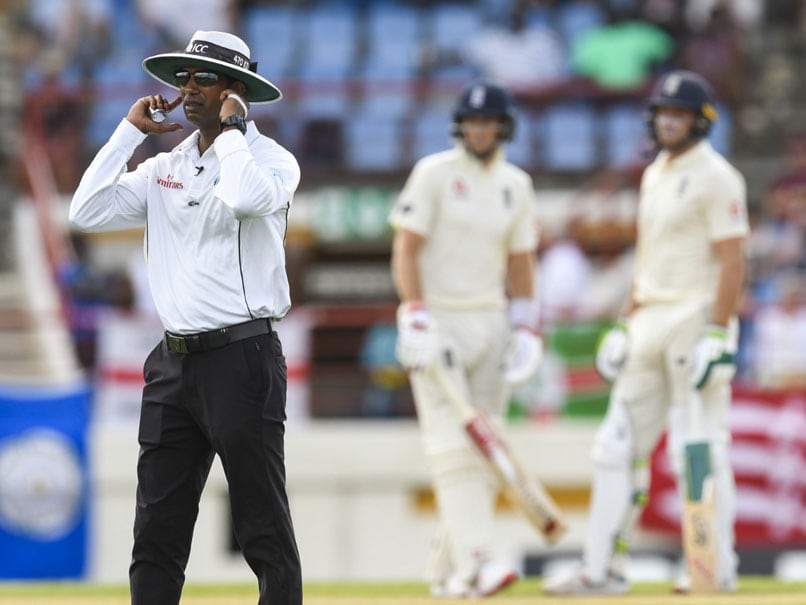 The Ashes series is currently tied at 1-1.© AFP

Marais Erasmus and Ruchira Palliyaguruge will join Kumar Dharmasena as the officiating umpires for the fourth and fifth Tests of the ongoing Ashes series between England and Australia. Dharmasena was originally appointed as the TV umpire for the fourth Test match but will now stand on-field with Erasmus in both the remaining matches, with Ruchira Palliyaguruge officiating as the TV umpire in both matches. The fourth Test will begin from September 4 at the Old Trafford while the fifth and final Test will commence from September 12 at The Oval.

Some of the decisions in the first three games of the series came under the scanner with former players also calling for quality umpires over neutral ones.

The series is currently tied at 1-1. Australia won the first Ashes Test by 251 runs at Edgbaston in which Aleem Dar and Joel Wilson officiated as the on-field umpires while the second match, which ended in a draw at Lord's, had Chris Gaffaney and Dar as on-field umpires.

England squared up the rubber by winning the third Test by one wicket at Headingley and had Gaffaney and Wilson as on-field umpires.

Comments
Topics mentioned in this article
The Ashes 2019 Cricket England vs Australia, 4th Test
Get the latest updates on T20 World Cup, check out the T20 World Cup Schedule and Live Score . Like us on Facebook or follow us on Twitter for more sports updates. You can also download the NDTV Cricket app for Android or iOS.