Waqar Younis called Ben Stokes a match-winner and said his absence will make England "a touch light" in their middle order. 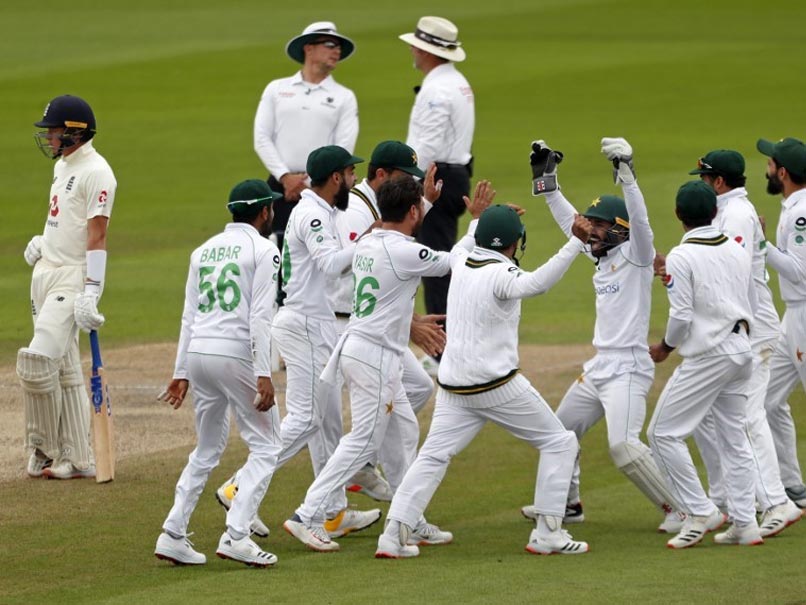 Ben Stokes has pulled out of the remainder of England's Test series against Pakistan.© AFP

Pakistan assistant coach Waqar Younis said on Wednesday he hopes the tourists will be able to "cash in" on England being without Ben Stokes during this week's second Test. Star all-rounder Stokes is heading to New Zealand, where his father is convalescing following a serious illness and will miss both the second Test, which starts in Southampton on Thursday, as well as the series finale, which also takes place at Hampshire's headquarters ground.

As well as being a good-enough batsman to feature in the top order, paceman Stokes is capable of match-changing spells with the ball and is an inspirational figure within the England set-up.

He cemented the position last year during England's World Cup final triumph and in leading the side to a stunning one-wicket win in the third Test against Australia at Headingley with an unbeaten century.

Stokes, however, had a modest match with the bat during England's the last week, where he wasn't fully fit to bowl because of a quad injury.

But fast-bowling great Waqar, now coaching the current generation of Pakistan quicks, was in no doubt England would be poorer for Stokes' absence.

"If he's not around it's unfortunate for cricket but there is no doubt he is a match-winner," Waqar told a conference call.

"If he's not around England will probably be a touch light in their middle order, so we're going to talk about that and try to cash in."

"He's the kind of batsman who takes the game away from you -- single-handedly at times. But the way we bowled at him in the previous game showed we had very clear plans and executed really well."

The performance of the 17-year-old Naseem in hitting speeds of some 90 mph has been particularly eye-catching and Waqar, who also played international cricket as a teenager, said there was more to come.

"Naseem is very, very talented and he is still growing, his bones are growing," he explained. "What a talent he is.

"I don't think he really bowled as well as we expected in the previous game, but he can really bowl well and take the opposition on at times. He is young, he is inexperienced and it gets tough at times.

"All he needs to do is probably get stronger and fitter. Pakistan over the years has produced some real quality fast bowlers. In the last two and a half... three decades, I know. If he keeps himself fit and strong and keeps bowling I'm sure he has the potential to become a very good bowler."

A scheduled of three back-to-back Tests is particular gruelling for fast bowlers but Waqar was confident fatigue has yet to affect Pakistan's quicks this series.

"I'm sure these guys are still capable and have plenty of gas left in the tank to tackle this Test match and after that we'll see how it goes," he said.