England vs Pakistan: Ben Stokes Pulls Out Of Pakistan Test Series Due To Family Reasons

England all-rounder Ben Stokes will miss the remainder of the ongoing Test series against Pakistan for family reasons, the England and Wales Cricket Board announced Sunday. 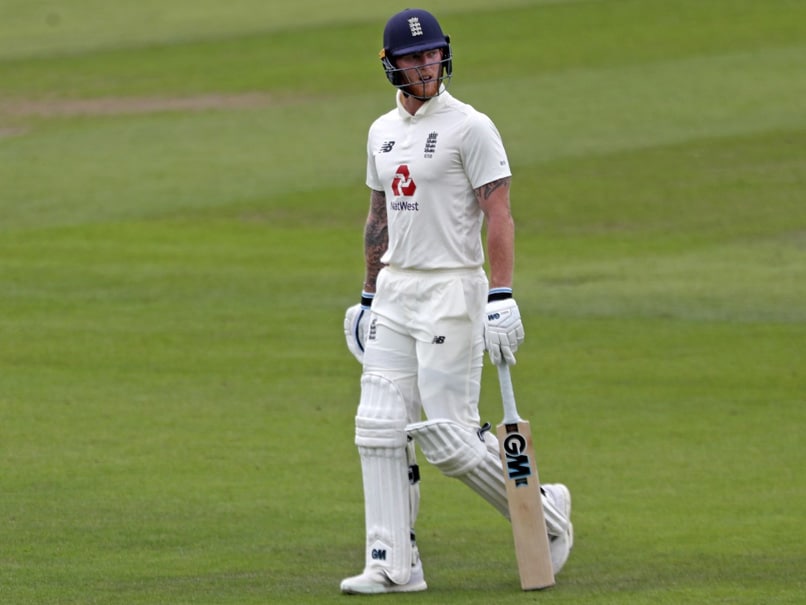 Ben Stokes will fly to New Zealand to meet his family.© AFP

England star Ben Stokes will miss the concluding two Tests against Pakistan for family reasons, the England and Wales Cricket Board announced Sunday. Stokes's father Ged was admitted to hospital in Johannesburgtwo days before Christmas last year with a serious illness while following his son's progress with the England cricket team during their tour of South Africa.

He has since continued his recovery in New Zealand.

Despite his father's health problems, Stokes was named player of the series in England's 3-1 Test series win over South Africa.

Stokes, however, spent time at Ged's beside when England returned to Johannesburg for the fourth Test at the Wanderers.

He later posted a picture of his father leaving hospital, praising him as "strong and stubborn".

"Stokes will leave the UK later this week and travel to New Zealand," said an ECB statement issued Sunday.

"He will miss England's two Test matches against Pakistan at the Ageas Bowl (starting) on Thursday 13 August and Friday 21 August.

"The England and Wales Cricket Board, along with the Stokes family, requests that all media respects the family's privacy at this time."

Outstanding all-rounder Stokesplayed in the England side that beat Pakistan by three wicketsat Old Trafford on Saturday to go 1-0 up in three-match series.

The England vice-captain has been an ever present in the side this season and led the team in Joe Root's absence during the series opener against the West Indies last month -- a match regular skipper Root missed to attend the birth of his second child.

Although born in Christchurch on the South Island of New Zealand, Stokes came to England as a 12-year-old when his father Ged got a job coaching the Workington rugby league club and grew up in the nearby West Cumbrian town of Cockermouth.

Ged and his wife Deb, Stokes's mother, have since returned to New Zealand.

After impressing in youth cricket, Ben Stokes, now aged 29, made his name in the first-class game with Durham.

At international level, he established himself as a leading all-rounder,  starring against his native New Zealand during England's dramatic Super Over win in last year's World Cup final at Lord's.

A quad injury has seen paceman Stokes largely deployed as a specialist batsman in recent matches.

He did not bowl at all during England's series-clinching win over the West Indies at Old Trafford last month and sent down just four overs, albeit for a return of 2-11, in the Pakistan opener at the Manchester ground.

His absence from the remainder of the three-match Pakistan series could lead to a Test recall for top-order batsman Zak Crawley, who was left out to balance the side when England felt they needed to play another bowler because of Stokes's fitness problems.