Ben Stokes' father, Ged, was admitted to a hospital in Johannesburg on Monday after suffering serious illness, the ECB said in a statement. 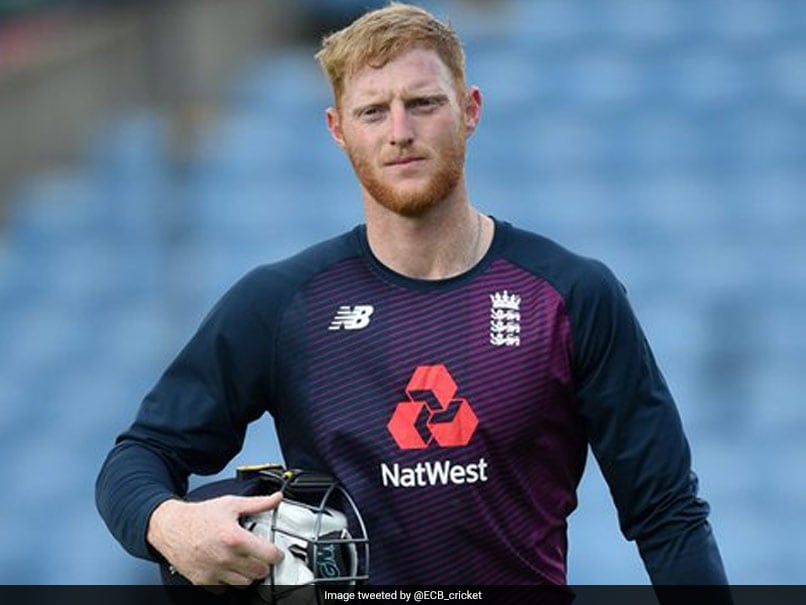 Ben Stokes will not attend the training session on Tuesday so that he can be at his father's bedside.© ECB/Twitter

Ben Stokes's father, Ged, was hospitalised in Johannesburg on Monday after suffering a "serious illness" and remains in critical condition, the England and Wales Cricket Board (ECB) said in a statement on Tuesday. The England all-rounder will not be part of the team's training session on Tuesday at SuperSport Park ahead of the first Test against South Africa, starting on December 26, the cricket board added. "Ben Stokes's father, Ged, was admitted to hospital on Monday in Johannesburg after suffering a serious illness. He remains in a critical condition," the ECB said in a media release.

"The all-rounder will not be at England's training session at SuperSport Park this afternoon so that he can be at his father's bedside.

The England team is currently touring South Africa for a four-Test, three ODIs and three T20I series. Ben Stokes was part of the English squad that took on South Africa A in a 3-day practice match which ended in a draw on Sunday.

Stokes had scored a fine 47 off 65 balls in the first innings as England posted 456 for seven. Joe Denly and Ollie Pope hit centuries while opener Rory Burns scored a fluent 56.

Stokes too bowled 13 overs and took the wicket of South Africa A opener Pieter Malan.

The first Test between South Africa and England begins at the SuperSport Park in Centurion on Thursday.

James Anderson South Africa vs England, 1st Test Cricket
Get the latest updates on T20 World Cup, check out the T20 World Cup Schedule and Live Score . Like us on Facebook or follow us on Twitter for more sports updates. You can also download the NDTV Cricket app for Android or iOS.