Ollie Pope, who scored just three runs in the first innings, left the field in the second over of Pakistan's second innings at Ageas Bowl on Monday. 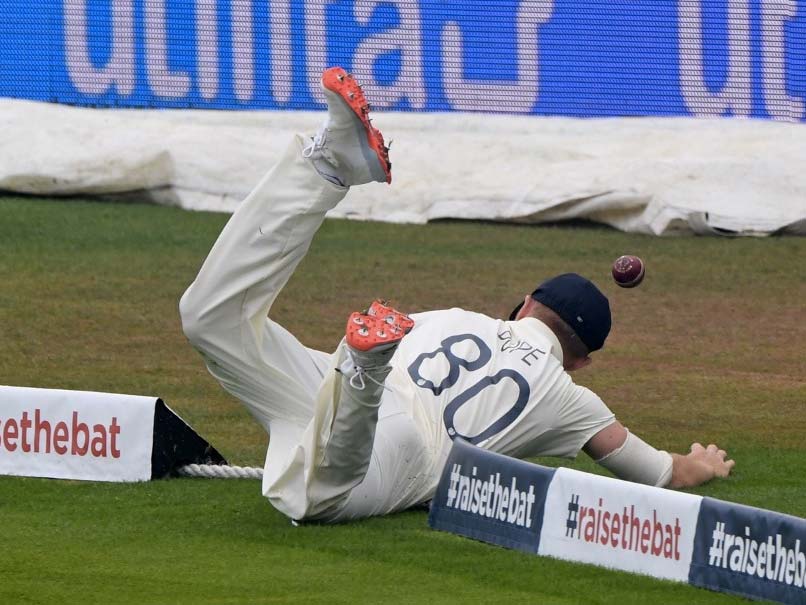 Ollie Pope got injured while trying to save a boundary on Day 4 of the 3rd Test against Pakistan.© AFP

England batsman Ollie Pope on Tuesday will undergo a scan on his left shoulder. The right-handed batsman, who dislocated the same shoulder last year while playing for Surrey, had slid to save a boundary on the fourth day. Pope, who scored just three runs in the first innings, left the field in the second over of Pakistan's second innings at Ageas Bowl on Monday. James Bracey substituted him on the field as the 22-year-old cricketer remained off the field throughout the day.

"He has obviously banged his shoulder again, so he will go for a scan on that, and we will assess from there, really," ESPNcricinfo quoted England's head coach Chris Silverwood as saying.

"We will know more once he's had a scan," he added.

Pakistan are still trailing by 210-run after the end of the play on day four. The visitors started their second innings after England enforced the follow-on. Pakistan played cautiously and lost only two wickets in the day.

On day four, openers Shan Masood and Abid Ali scripted a 49-run partnership for the first wicket. Masood was caught in front of the wickets by pacer Stuart Broad in the 24th over. He played a knock of 18-run off 66 balls.

Skipper Azhar Ali joined Abid in the middle and added a brief stand of 39-run for the second wicket. Abid was also found in front of the wickets but this time by James Anderson in the 50th over.

Azhar and Babar Azam will resume their innings from 29* and 4* runs respectively on Tuesday.