Stuart Broad and James Anderson have been in top form since the return of cricket amid the coronavirus pandemic. 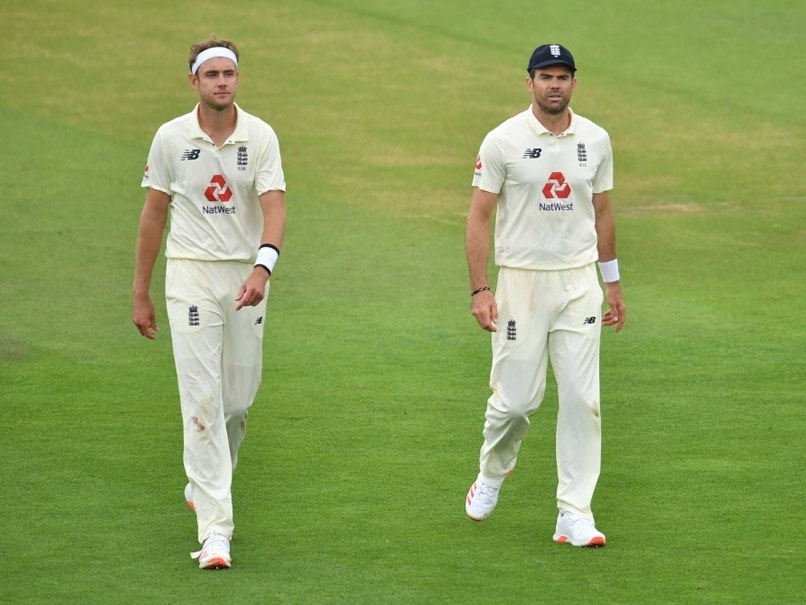 Stuart Broad is now at the second spot in ICC's Test rankings, while James Anderson rose to 14th.© AFP

English fast-bowlers Stuart Broad and James Anderson moved up the ladder in the recently released ICC Test rankings for bowlers. The English pacers put on a good show in the second Test against Pakistan. Stuart Broad took 4 wickets in the match which has helped him reach the second spot in ICC's Test rankings with 846 points. On the other hand, James Anderson also managed to pick three wickets in the Test match which helped him reach the 14th spot in ICC's Test rankings.

Stuart Broad has been at his best since the Test series against West Indies. Broad was also awarded the player of the series against the Caribbean side after his stellar showing in the two-Test matches that he played.

Australian pacer Pat Cummins is at the number one spot with 904 points.

Pakistani fast-bowler Mohammad Abbas also moved up by two places and is now at the eighth spot in the rankings. The pacer is however still quite far from his career-best ranking of number 3 in Test cricket.

Jasprit Bumrah at the ninth spot is the only Indian bowler to feature in the top 10.

Pakistan batsman Babar Azam moved up in ICC Test rankings for batsmen. Babar Azam is now at the fifth spot in Test rankings with 798 points. Azam has been one of the key batsmen in the current Pakistani line-up.

Australia's star batsman Steve Smith remains the number one batsman in Test cricket with 911 points. Indian captain Virat Kohli is right behind Steve Smith at the second spot with 886 points.