Stuart Broad was fined by dad, match referee Chris Broad, for an on-field infraction during the first Test with Pakistan. 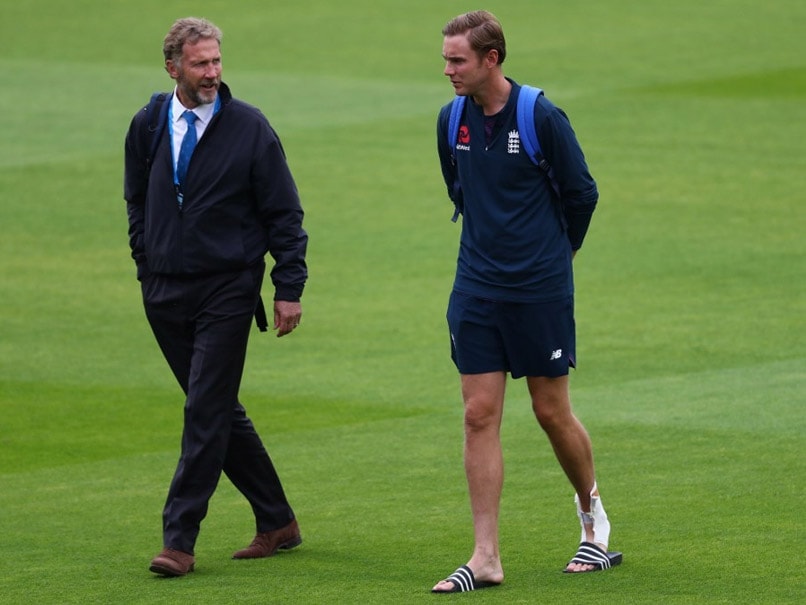 Stuart Broad came up with a sassy tweet for his father Chris Broad after he fined him.© AFP

No son likes to be reprimanded by his father, but for England pacer Stuart Broad, it was an even stranger case as his father - match referee Chris Broad - officially sanctioned him on Tuesday for his send-off to Pakistan spinner Yasir Shah. Stuart Broad was fined 15 percent of his match fee for a level one breach and also given one demerit point for using inappropriate language when dismissing Yasir Shah in Pakistan's second innings at Old Trafford on Saturday during the first Test between England and Pakistan. Responding to the news of his sanction, Stuart Broad came up with a sassy tweet.

"He's off the Christmas card & present list," Broad wrote, replying to a Barmy Army tweet regarding the news.

Stuart Broad picked up six wickets as England beat Pakistan by three wickets in the first Test to take the lead in the three-match series.

After taking a first-innings lead, Pakistan's batting faltered in their second innings, but Yasir Shah threatened to score quick runs to take the game away from England, with a knock off 33 off 24 deliveries, when Broad had him nick it to Jos Buttler behind the stumps.

Buttler and Chris Woakes then put on a counter-attacking partnership of 139 runs for the sixth wicket to guide the home team to victory.

The pacer will be looking to add to his tally when England take on Pakistan in the second Test at the Ageas Bowl in Southampton starting on Thursday.