Stuart Broad was fined 15 percent of his match fee and also given one demerit point for using inappropriate language when dismissing Yasir Shah. 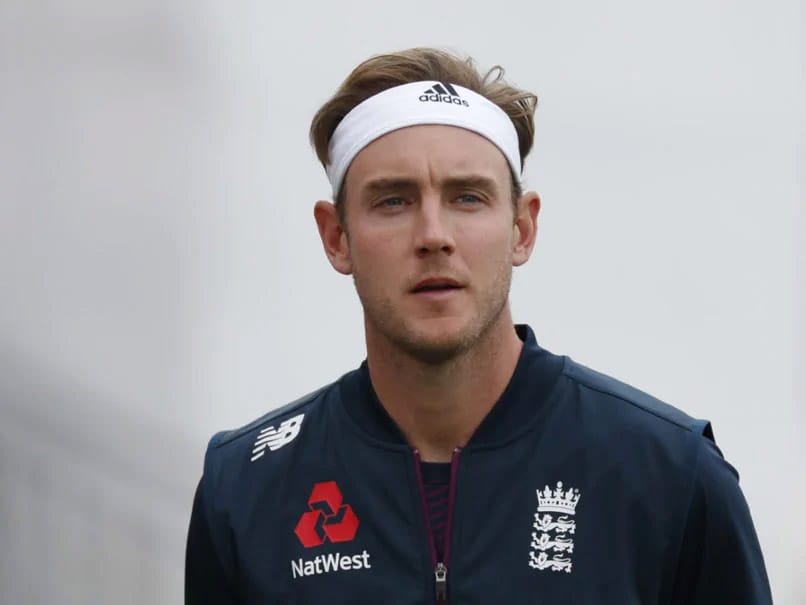 England paceman Stuart Broad has been sanctioned by his father Chris, a match referee, for a breach of the International Cricket Council's code of conduct during the first Test against Pakistan. Broad was fined 15 percent of his match fee for a level one breach and also given one demerit point for using inappropriate language when dismissing Yasir Shah in Pakistan's second innings at Old Trafford on Saturday, hours before England completed a three-wicket win. Broad admitted the offence and accepted the sanction proposed by Chris Broad, the former England batsman who is now a member of the ICC's elite panel of match referees.

He would not normally be officiating in a match involving his son.

But in a bid to cope with travel restrictions imposed by the coronavirus, Chris Broad, together with a team of English umpires, is officiating in the current three-match series, having presided over England's 2-1 win against the West Indies last month.

The second Test between England and Pakistan at Southampton starts on Thursday.

Yasir Shah Cricket
Get the latest updates on India vs Australia and check out  Schedule, Results and Live Score. Like us on Facebook or follow us on Twitter for more sports updates. You can also download the NDTV Cricket app for Android or iOS.