Aaron Finch, who captains both the ODI and Twenty20 teams, said having a single line of contact was important for him on Australia's first tour since the coronavirus pandemic. 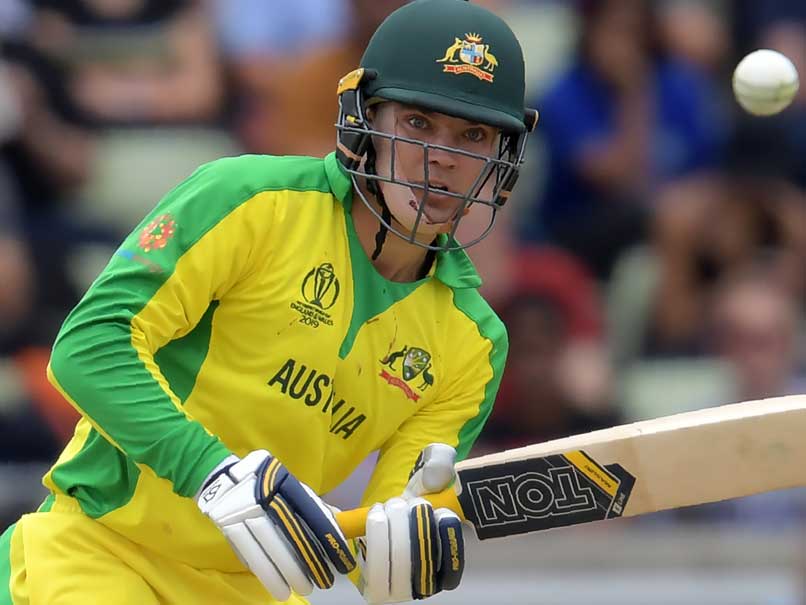 Alex Carey had shared the duties with Pat Cummins since Justin Langer took over as coach in 2018.© AFP

Alex Carey has admitted he was "disappointed" at losing the vice-captaincy of Australia's white-ball team for their series in England, but said he understood the rationale. The wicketkeeper-batsman had shared the duties with pace spearhead Pat Cummins since Justin Langer took over as coach in 2018. But a decision, backed by captain Aaron Finch, was made to streamline the leadership, with Cummins anointed sole deputy for next month's three one-day internationals and three Twenty20s in England. "You're always going to be disappointed with that but I'm also really grateful and thankful for the opportunity I've had in that role in the past 24 months," Carey told cricket.com.au late Saturday.

"I would love to still have the title next to my name but it's not going to change anything from my end.

"I'm still going to rock up with a big smile on my face and try really hard around the group. It's going back to the old model, which has worked in the past."

Carey, who has played 26 ODIs and 28 Twenty20s, added: "The decision sits really comfortably with me now."

Finch, who captains both the ODI and Twenty20 teams, said having a single line of contact was important for him on Australia's first tour since the coronavirus pandemic brought sport to a halt in March.

"At times if you have seven or eight guys going to three or four people, sometimes it can feel a little bit clouded and you just get to a point where you have so much advice," he said.

"So for Pat to be able to filter that out on the field will be a huge help."

The squad are leave from Perth for England later on Sunday.

Cricket Australia insist there are no captaincy succession plans in place for 33-year-old Finch, who recently said he wanted continue until the one-day World Cup in 2023, or Test skipper Tim Paine, who will be 36 this year.

Travis Head and Cummins are the current Test vice-captains and are widely seen as leadership candidates along with Carey, former captain Steve Smith and Marnus Labuschagne .

Former vice-captain David Warner, a fixture in all three formats, is banned from holding a leadership position ever again for his part in the 2018 ball-tampering scandal.

Pat Cummins Cricket
Get the latest updates on India vs South Africa and check out  Schedule, Results and Live Score. Like us on Facebook or follow us on Twitter for more sports updates. You can also download the NDTV Cricket app for Android or iOS.