Jofra Archer silenced a Twitter user who questioned his leading England out on the field on the opening day of the first Test with Pakistan. 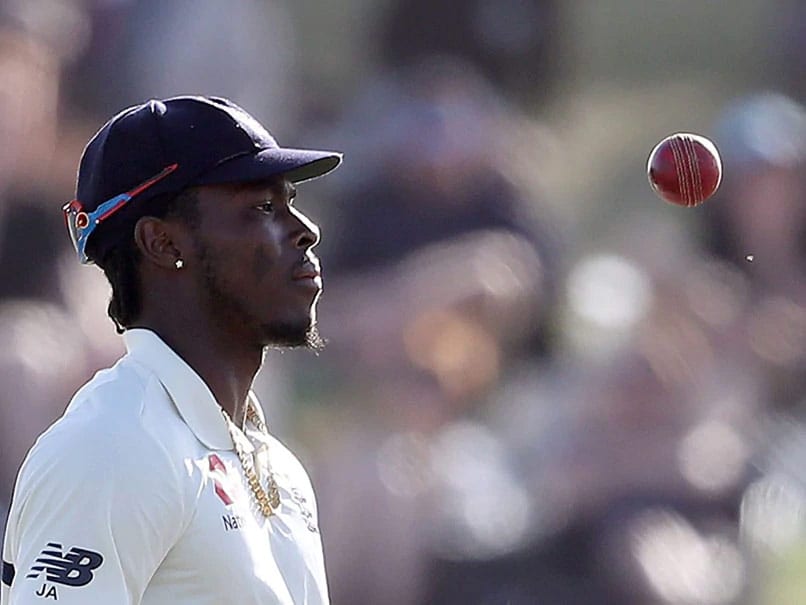 Jofra Archer has been victim of repeated online abuse.© AFP

Jofra Archer's nascent England career has progressed as much on the field as it has off it. Known for his social-media activity and a willingness to speak his mind, Archer has often been subject to online heckling and racial abuse. Not the one to take any harassment lying down, Archer has engaged with his abusers and that has, in his own words, affected his mental state. One such interaction took place on Twitter after the conclusion of the first day of the Old Trafford Test against Pakistan when a user heckled Archer over England's invitation to the bowler to lead the team out on the field. Archer led the team out in the morning session of the Test on Wednesday.

We are led out by @JofraArcher and play is under way here in Manchester!

Archer had a pointed response to this unsolicited opinion. “I'll let you know right now Oliver, today was a special day and people like you won't ruin it,” Archer tweeted.

I'll let you know right now Oliver, today was a special day and people like you won't ruin it pic.twitter.com/o5Wv7zudd2

Ben Stokes, Archer's teammate and England vice-captain, was miffed at Rounding's armchair criticism and thanked his teammate for “exposing him”.

This isn't the first time Archer has been a target of online harassment this summer. After his omission from the squad for the second West Indies Test at the same venue last month because he had breached the ECB's bio-bubble protocols, Archer had been criticized heavily on social media to the extent that it affected his mental health.

“I give 100 percent every time I go out there and I don't want to go out on the field unless I can guarantee doing that,” Archer wrote.

Archer has been reporting racist abuse to the ECB from time to time. He had copped abuse during England's tour of New Zealand last year leading to the Kiwi captain Kane Williamson apologizing to the Englishman. The abuser was tracked down and banned from New Zealand venues for two years.