Jofra Archer sent Abid Ali packing for 16 to give England the breakthrough in the first Test at Old Trafford on Wednesday. 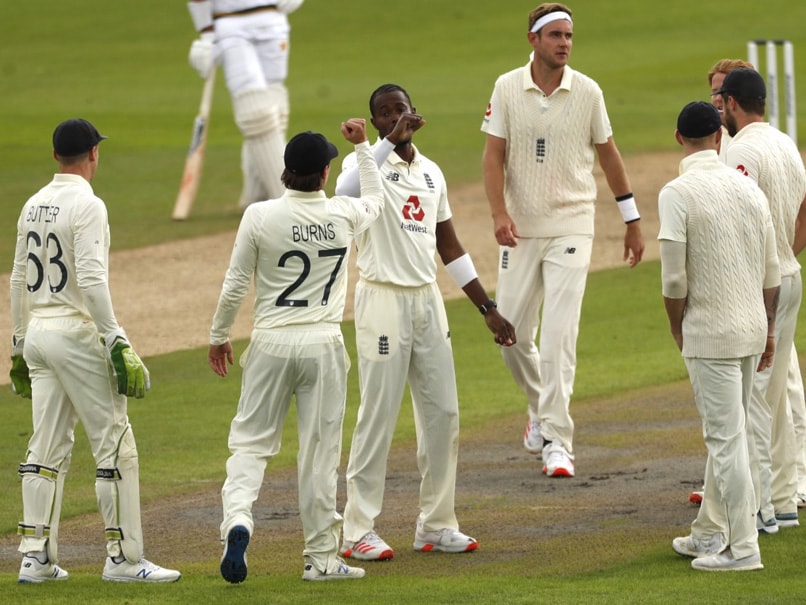 Jofra Archer cleaned up Abid Ali to give the hosts the first breakthrough on Day 1 of 1st Test.© AFP

Jofra Archer's summer of 2020 has already had a few roadblocks in terms of a bio-bubble breachand social-media spatsbut it was Abid Ali whose failed attempt to block a ripping in-swinger that gave Archer and England their first wicket in the first Test against Pakistan at Old Trafford. Setting the batsman up with two short deliveries in his previous over, Archer let loose and full-length ball that came back in to the right-handed Ali, whose forward defence saw him leave a sizeable gap between the bat and the pads to let the ball sneak through. The furniture behind was disturbed and England's first change had got them a breakthrough after Pakistan openers had seen off James Anderson and Stuart Broad with the new ball.

An absolute beauty from @JofraArcher!

Archer maintained good areas and at the time of the third rain break he had conceded just 22 runs in 9.1 overs in return for the wicket of Ali.

Pakistan, however, were in a comfortable position at the time of the break reaching 121/2 with Babar Azam unbeaten on 52and Shan Masood giving him company on 45.

Captain Azhar Ali was dismissed lbw by Chris Woakes for a duck after Pakistan had won the toss and elected to bat.

Anderson was the most expensive of the England lot conceding 32 off his eight overs. Azam to a special liking to Anderson, creaming him for boundaries through the covers.

Archer missed the second Test against the West Indies last month because he had breached the bio-secure bubble protocols by visiting his home while on the way from Southampton to Manchester after the first Test. He played in the third Test but returned ordinary match figures of 1/96.

But with that dismissal of Abid Ali the right-arm bowler got a good head start into the Test and from what we saw on the first day he looks to be in good rhythm.

Old Trafford, Manchester Cricket England vs Pakistan, 1st Test
Get the latest updates on IPL Auction 2023 and check out  IPL 2023 and Live Cricket Score. Like us on Facebook or follow us on Twitter for more sports updates. You can also download the NDTV Cricket app for Android or iOS.