Jofra Archer is available for the third Test at Old Trafford after the paceman missed England's series-levelling win at the same ground following a breach of coronavirus protocols. 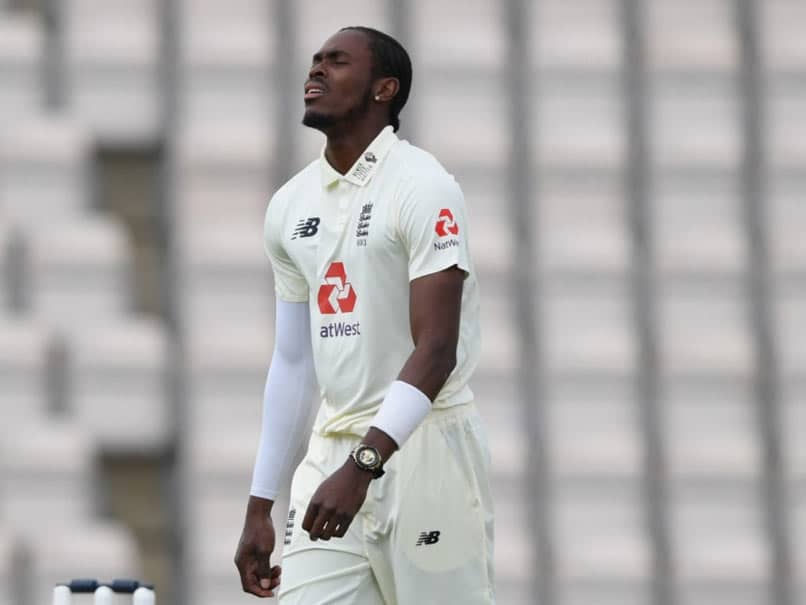 James Anderson says England captain Joe Root will need to talk to Jofra Archer to find out if he is mentally ready to return for Friday's deciding Test against the West Indies after the fast bowler revealed he had suffered racist abuse on social media. Archer is available for the third Test at Old Trafford after the paceman missed England's series-levelling win at the same ground following a breach of coronavirus protocols.

In a Daily Mail column published Wednesday, Archer admitted to an error of judgement but said he had not "committed a crime".

He said some of the criticism he had faced on social media following the incident had been racist and he had reported the comments to the ECB (England and Wales Cricket Board).

"I need to be 100 percent mentally right so that I can throw myself into my cricket this week," Archer wrote.

Anderson, England's all-time leading Test wicket-taker, told a press conference that the players had not seen much of their team-mate because he had been in isolation.

"I'm sure he'll want to play in this game because it's such a crucial game, the series resting on it," said the veteran bowler.

"He's said about his frame of mind and that's something that over the next two days he's going to have to sit down with the captain and coach (Chris Silverwood) and figure out if he is in the right place to play."

Asked what advice he would give Archer, Anderson said: "It's always something that can be difficult for guys coming into the international set-up because I think the scrutiny is very different, you do feel more under the spotlight.

"I was fortunate when I came into the England team, there was no social media back then, but the way people can get their opinions out there, it's quite visible."

Anderson, who turns 38 later this month, said it was important to find methods to deal with the pressure, whether it was turning to family, friends, fellow players or coaches.

Even if Archer does not play, England have a number of options in the pace department.

Second Test standout performer Stuart Broad, Chris Woakes, Sam Curran, Mark Wood and Anderson, rested for the second Test, are all available, with the teams level at 1-1 in the three-match series.

In his newspaper column Archer, 25, said he needed to be sure that he was in the right frame of mind before he played.

"I give 100 percent every time I go out there and I don't want to go out on the field unless I can guarantee doing that," he said.

The quick was fined and given a written warning for breaking the rules governing international cricket's first series since lockdown.

Archer, subjected to racist abuse by a spectator during a tour of New Zealand last year, said he would not tolerate such comments online either.

"Some of the abuse I have taken over the past few days on Instagram has been racist and I have decided that enough is enough... so I have forwarded my complaints to the ECB," he said.