Jofra Archer's breach of the coronavirus regulations was a potential "disaster" that could have cost "tens of millions of pounds", according to England managing director Ashley Giles. 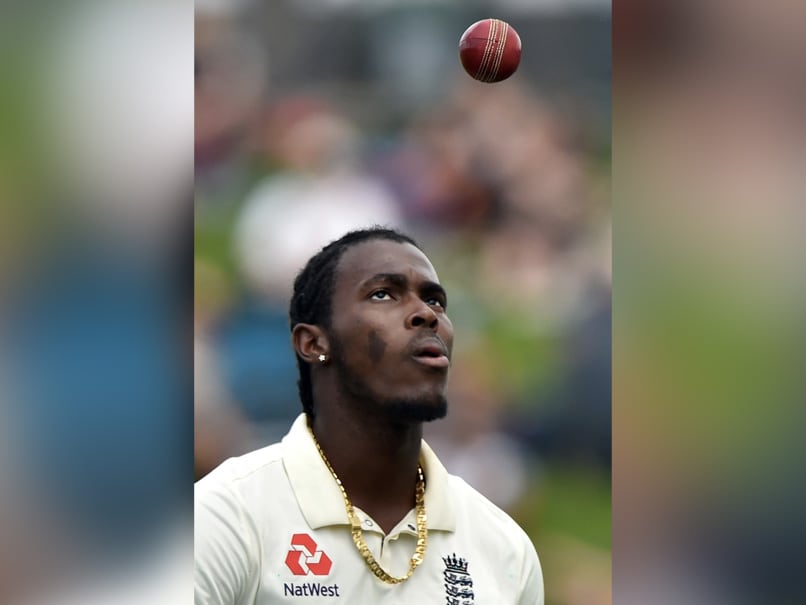 Jofra Archer was left out of the second Test just hours before play got underway on Thursday.© AFP

Jofra Archer's breach of the coronavirusregulations was a potential "disaster" that could have cost "tens of millions of pounds", according to England managing director Ashley Giles. England dramatically announced fast bowler Archer had been left out of their side to play the West Indies in the second Test just hours before play got underway at Emirates Old Trafford on Thursday. Archer was omitted after he went home to Brighton on Monday to meet an unnamed individual following the end of last week's first Test in Southampton -- directly contravening strict guidelines.

The person Archer met has since tested negative for COVID-19.

Archer's breach of the rules followed a concerted effort by the England and Wales Cricket Board to persuade both the West Indies and Pakistan to go ahead with their scheduled tours despite tens of thousands of coronavirus deaths in Britain.

Ireland and Australia are also scheduled to visit this season.

Earlier in the campaign, there was real concern that COVID-19 could wipe out the entire 2020 home English cricket programme, with the ECB predicting losses running into hundreds of millions of pounds.

"This could have been a disaster," Giles told reporters after stumps on Thursday.

"The ripple effect this could have had through the whole summer could have cost us tens of millions of pounds.

"There will be a disciplinary process to go through.

"With the help of (the British) government and the help of the opposition, in this case the West Indies, the series was set up with these protocols and we have to abide by them."

But former England spin bowler Giles also sympathised with Archer by adding: "Young men make mistakes... Show me someone who has never made a mistake and I'll show you a liar.

"Jof will learn from it. We will support him and move on. He is fine young man, incredibly polite, works hard and is a great asset to this team. On this occasion he got it wrong."

Both teams have been living in "bio-secure bubble" sites at the Ageas Bowl, the venue for the first Test, and Old Trafford, where the final two matches of the series will take place.

Before play started Thursday, Archer apologised in an ECB statement, saying: "I am extremely sorry for what I have done.

"I have put, not only myself, but the whole team and management in danger. I fully accept the consequences of my actions, and I want to sincerely apologise to everyone in the bio-secure bubble."

Archer was ruled out after making an admission to an England staff member, who then informed senior management, although captain Joe Root and head coach Chris Silverwood only found out about Archer's transgression late Wednesday.

Archer, who had been retained in the squad while fellow seamers James Anderson and Mark Wood were rested, will need to twice test negative for COVID-19 before his isolation period is lifted.

Barbados-born quick Archer burst onto the international scene last year when he bowled the decisive Super Over in England's World Cup final win over New Zealand at Lord's.

His absence deprived England of genuine speed on an Old Trafford pitch with a reputation for aiding fast bowlers in a match the hosts must win to level the three-Test series.

The 25-year-old hit the 90 miles-per-hour mark during a return of 3-45 in the second innings at Southampton -- although the West Indies still won by four wickets.

Opener Dom Sibleytook some off the focus off Archer with an unbeaten 86 as England ended Thursday's first day in Manchester on 207-3 after slumping to 29-2.

West Indies need to win just one of the two remaining matches to secure their first Test series victory in England for 32 years.

Jofra Archer Ashley Giles Cricket
Get the latest updates on Fifa Worldcup 2022 and check out  Fifa World Cup Schedule, Stats and Live Cricket Score. Like us on Facebook or follow us on Twitter for more sports updates. You can also download the NDTV Cricket app for Android or iOS.