Ben Stokes scored a sensational unbeaten century to guide England to an improbable one-wicket win over Australia in the 3rd Ashes Test. 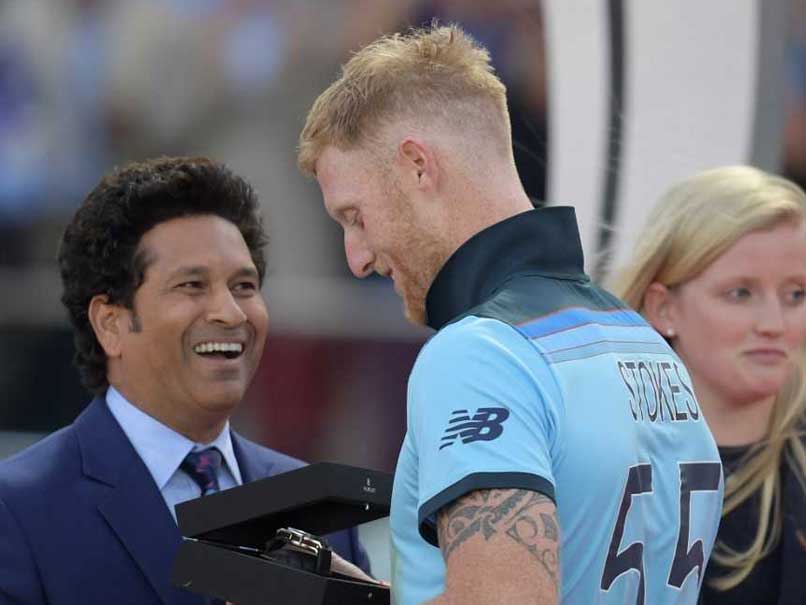 Ben Stokes hit a stunning unbeaten century as England defeated Australia by one wicket in the third Ashes Test at Headingley on Sunday to keep their hopes alive in the series. Ben Stokes, who scored a heroic unbeaten 84 in the World Cup final in July, was once again termed the "greatest cricketer of all time" by the International Cricket Council (ICC), but Sachin Tendulkar fans did not like it. After England were crowned the 50-over world champions for the first time, ICC's official Twitter handle had posted a picture of Stokes with Tendulkar and captioned it, "The greatest cricketer of all time - and Sachin Tendulkar". On Wednesday, ICC shared the picture once again with caption, "Told you so". Just like the last time, ICC's tweet did not sit well with Tendulkar's fans. Although Stokes deserves all the accolades for producing one of the best Test knocks ever, he cannot be called the greatest cricketer ever, Tendulkar's fans believe.

Here are some of the reactions.

Greatest cricketer of all time is @sachin_rt , rest everything starts after him in cricket world

Did you get it?

Shall I talk about centuries??

I think Sachin deserves more respect than this.. In the late 90s he shouldered the Entire Indian cricket team on his Own..countless times.. The only difference.. There wasn't any Twitter during that time..

After this post Sachin showing his career Stats to ICC pic.twitter.com/oyg0R7NwuO

You got both the wins for free.. poor umpiring decisions! Yes Ben Stokes played well but if the match wasn't won.. his innings both the time would have been just a good inning. #ridiculous to call him greatest cricketer ..#shame

England, bowled out for just 67 in their first innings, needed 73 more runs to reach a victory target of 359 when last man, Jack Leach, came into bat on the fourth day.

But Leach held firm before Stokes, the batting hero of England's World Cup final triumph, hit the winning runs by flaying paceman Pat Cummins for a four that saw the all-rounder finish on 135 not out.

This was England's highest successful fourth-innings chase and the tenth highest in Test history.

A remarkable victory, which arguably surpassed their 1981 Ashes Test triumph at Headingley when they beat Australia after following-on - saw England level the five-match series at 1-1.

Ben Stokes The Ashes 2019 Cricket
Get the latest updates on Fifa Worldcup 2022 and check out  Fifa World Cup Schedule, Stats and Live Cricket Score. Like us on Facebook or follow us on Twitter for more sports updates. You can also download the NDTV Cricket app for Android or iOS.