MS Dhoni hit Umesh Yadav for 24 runs off the first five balls to nearly pull off an improbable target of 26 runs in six balls. 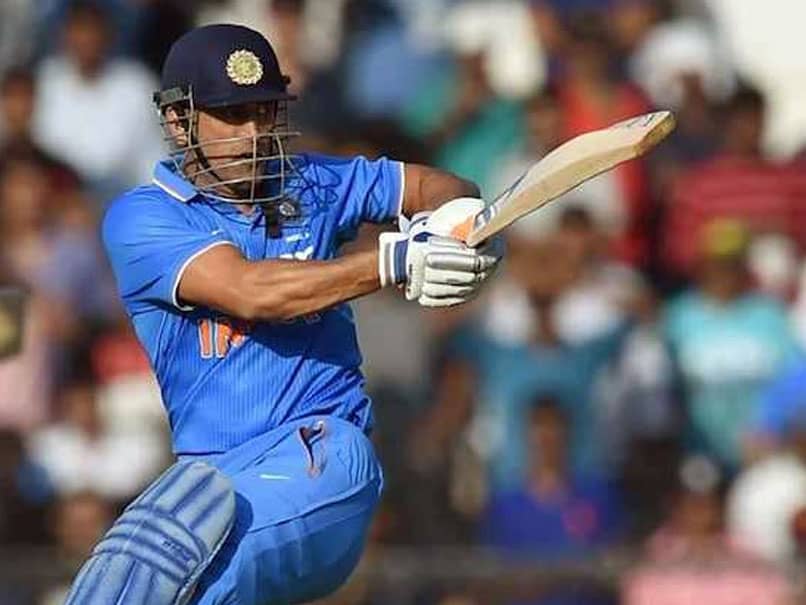 MS Dhoni will play a crucial role when India start their campaign at the ICC World Cup 2019, starting on May 30 in the UK, believes former India wicket-keeper Kiran More. "He will definitely be a vital cog for the Indian team at the World Cup," Kiran More said, adding that even though critics try to write him off due to his current form, MS Dhoni is still a force to reckon with at 37. Former Team India chief selector Kiran More went on to add that age was never a criteria, fitness of players is what counts when competing at the international level.

On Sunday, Dhoni played one of the most unbelievable knocks of his IPL career which almost won Chennai Super Kings the IPL 2019 match against Royal Challengers Bangalore at M Chinnaswamy Stadium, Bengaluru.

Reacting to Dhoni's last over carnage against RCB, the former wicket-keeper said, "Oh! He was brilliant. It was an outstanding innings and only goes to show age is never a criteria. Dhoni is in top form and age is just a number. Sachin Tendulkar, Rahul Dravid all played till late in their career and with distinction."

In a battle of nerves that went down to the wire, Dhoni failed as CSK lost by a run, but this was after he smashed Umesh Yadav for 24 runs off the first five balls to nearly pull off an improbable target of 26 runs in six balls.

Dhoni's unbeaten 48-ball knock of 84 took More to a nostalgic past. "The innings took me back to 2006 and maybe, around that time when a young Dhoni took the scene by storm," More said.

Dhoni has been in good form in the ongoing IPL as he has amassed 314 runs in seven innings at an average of 104.66.

The skipper of three-time IPL champions also became the first Indian batsman to hit 200 sixes in the IPL. Dhoni took his overall IPL tally of maximums to 203.

In the ongoing edition, he has so far smashed 17 sixes. The CSK, despite the defeat, remained at the top of the IPL 2019 points table with 14 points.