Not only did MS Dhoni register his highest-ever IPL score, but the CSK captain also became the first Indian to reach a stunning landmark in the T20 tournament. 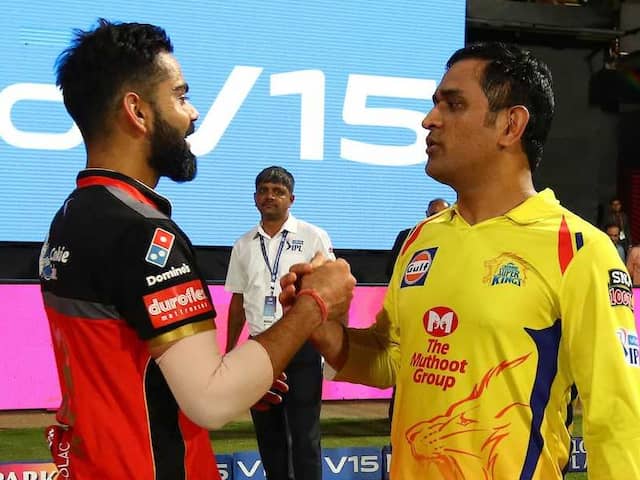 MS Dhoni became the first Indian and third overall to hit 200 sixes in the IPL.© BCCI/IPL

MS Dhoni produced one of the most impactful batting performances ever seen in Indian Premier League (IPL) history, single-handedly taking his team to the brink of victory in the RCB vs CSK IPL 2019 clash at the M.Chinnaswamy Stadium in Bengaluru on Monday night. While it wasn't enough to get CSK over the line as RCB stuttered to a one-run win, MS Dhoni's knock left a lasting impression on the cricketing fraternity. Not only did MS Dhoni register his highest-ever IPL score, but the CSK captain also became the first Indian to hit 200 sixes in the tournament.

MS Dhoni almost pulled off Chennai's chase of 161 as he smashed five fours and seven sixes in his 48-ball blitz only to see his team lose by one run in IPL 2019 encounter in Bengaluru.

MS Dhoni became only the third player in IPL history to reach the landmark of 200 sixes. Chris Gayle occupies the top spot in the list with a whopping 323 hits over the boundary while RCB star AB de Villiers is second with 204 sixes.

MS Dhoni's seven maximums in the RCB vs CSK IPL clash took his overall tally to 203 sixes in the Indian Premier League (IPL).

Rohit Sharma and Suresh Raina are next best Indians, with both batsman boasting of 190 sixes each in the T20 tournament. RCB skipper Virat Kohli is not too far behind with 186 maximums to his name.

On Sunday night, with the defending IPL champions CSK needing 26 off the last over, MS Dhoni hit a four and three sixes but missed the final ball from paceman Umesh Yadav and ran to get runs through byes.

RCB wicketkeeper Parthiv Patel, who top-scored with 53 in his team's 161-7, hit the stumps to run out Shardul Thakur as Virat Kohli's side managed to win their third game.

AB de Villiers IPL 2019 Royal Challengers Bangalore vs Chennai Super Kings, Match 39 Cricket
Get the latest Cricket news, check out the India cricket schedule, Cricket live score . Like us on Facebook or follow us on Twitter for more sports updates. You can also download the NDTV Cricket app for Android or iOS.