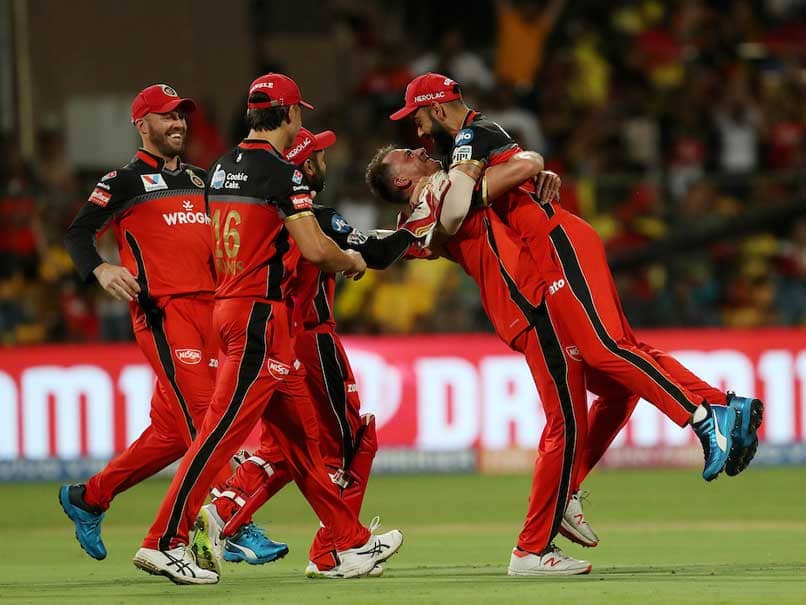 Royal Challengers Bangalore (RCB) defeated Chennai Super Kings (CSK) by 1 run at the M Chinnaswamy Stadium in Bengaluru on Sunday. Chasing 162 runs, CSK were off to a poor start as they were reduced to 28/4 in 5.5 overs. Dale Steyn was the wrecker-in-chief as he dismissed Shane Watson (5) and Suresh Raina (0) off successive balls. Faf du Plessis (5) also perished soon. However, a 55-run stand between Ambati Rayudu and MS Dhoni revived CSK in the run-chase. Rayudu was dismissed for 29. Even Ravindra Jadeja (11) and Dwayne Bravo (5) failed to stand by Dhoni. But it was Dhoni who single-handedly took CSK to the doorsteps of victory. However, he failed to take CSK home as Shardul Thakur was dismissed while taking a single when CSK needed 2 off the final ball. Dhoni remained unbeaten on 84 off 48. His innings included 5 fours and 7 sixes. Earlier, RCB scored 161/7 in 20 overs. (SCORECARD)

M.Chinnaswamy Stadium, Bengaluru Cricket Live Score Live Cricket Score Live Blogs
Get the latest updates on India vs Australia Series, check out the India vs Australia Schedule for 2020-21 and Ind vs Aus live score . Like us on Facebook or follow us on Twitter for more sports updates. You can also download the NDTV Cricket app for Android or iOS.