Rohit Sharma scored a fine century against Pakistan at Manchester, to add to the hundred he scored against South Africa in India's first match. 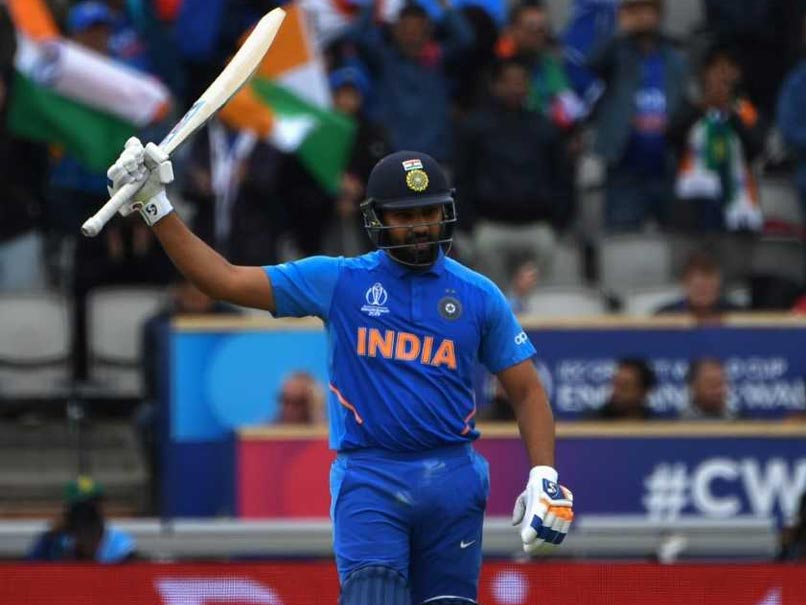 India were off to a fine start, with the openers putting up 136 runs in just under 24 overs.© AFP

Rohit Sharma stamped his authority on World Cup 2019 when he hammered his second century of the tournament, in the key clash against arch-rivals Pakistan at Old Trafford at Manchester. Asked to bat first after Pakistan skipper Sarfaraz Ahmed won the toss, Rohit Sharma took the attack by the scruff of the neck and scored on all sides of the ground as his opening partner, KL Rahul, who is replacing the injured Shikhar Dhawan as opener, took time to settle down. Rohit Sharma had a couple of close shaves when he could have been run out, but kept ticking off the runs as India looked set for a big score.

This was Rohit Sharma's second century in World Cup 2019, after the 122 not out he scored against South Africa in India's opener in the tournament. This was the star batsman's 24th One-day International (ODI) century.

India were off to a fine start, with the openers putting up 136 runs in just under 24 overs, with KL Rahul also chipping in with a fifty.

The stage was then set for Rohit Sharma and skipper Virat Kohli to consolidate as the Pakistan bowling was found wanting and the fielders fell short in the high-pressure match.

Old Trafford, Manchester Cricket India vs Pakistan, Match 22
Get the latest updates on ICC T20 Worldcup 2022 and CWG 2022 check out the Schedule, Live Score and Medals Tally. Like us on Facebook or follow us on Twitter for more sports updates. You can also download the NDTV Cricket app for Android or iOS.