Sanjay Manjrekar has been facing a lot of criticism for his remarks on Ravindra Jadeja. 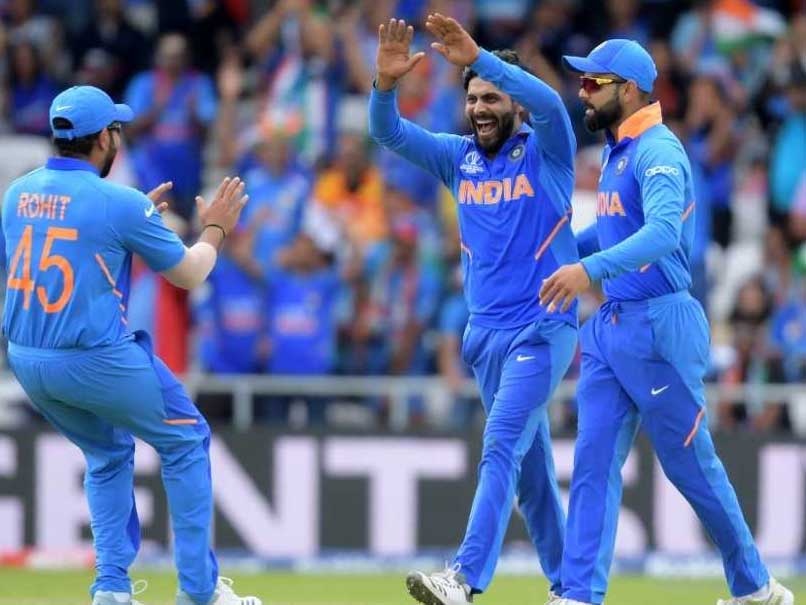 Ravindra Jadeja has bowled economically in the World Cup 2019 so far.© AFP

India are taking on New Zealand in the World Cup semi-final at Old Trafford in Manchester on Tuesday. Team India went in with just one change in their playing XI and fielded Yuzvendra Chahal in place of Kuldeep Yadav. Ravindra Jadeja, who just played one game out of the nine-league fixtures for India managed to keep his place in the all-important semi-final. In the match, as soon as Virat Kohli brought Ravindra Jadeja into the attack, the left-arm spinner troubled the New Zealand batsmen. Jadeja struck in his fifth over and cleaned bowled Henry Nicholls for 28. Soon after Jadeja's strike, former England captain Michael Vaughan took to Twitter to troll Sanjay Manjrekar.

Sanjay Manjrekar has been in the news after Ravindra Jadeja tweeted against the former India cricketer's criticism. Before India's league match against Afghanistan in Southampton, Manjrekar was quoted as saying by IANS, "I am not a big fan of bits and pieces players which Jadeja is at this point of his career in 50-over cricket. In Test matches, he is a pure bowler. But in 50-over cricket, I would rather have a batsman and a spinner."

Jadeja, then tweeted against Manjrekar's remarks and expressed his displeasure.

Later in the World Cup, when India faced Sri Lanka in their last league fixture, Manjrekar tweeted his probable playing XI and included Ravindra Jadeja in his team. Vaughan then trolled the former India batsman.

I see you have picked that bits and pieces cricketer !!! https://t.co/ChwxTgH76Y

"I see you have picked that bits and pieces cricketer !!!," Vaughan wrote.

Ravindra Jadeja World Cup 2019 Cricket
Get the latest updates on IPL 2021, IPL Points Table , IPL Schedule 2021 , live score . Like us on Facebook or follow us on Twitter for more sports updates. You can also download the NDTV Cricket app for Android or iOS.