Sanjay Manjrekar had said he is not a fan of "bits and pieces player", which he said Ravindra Jadeja was at this moment in his career. 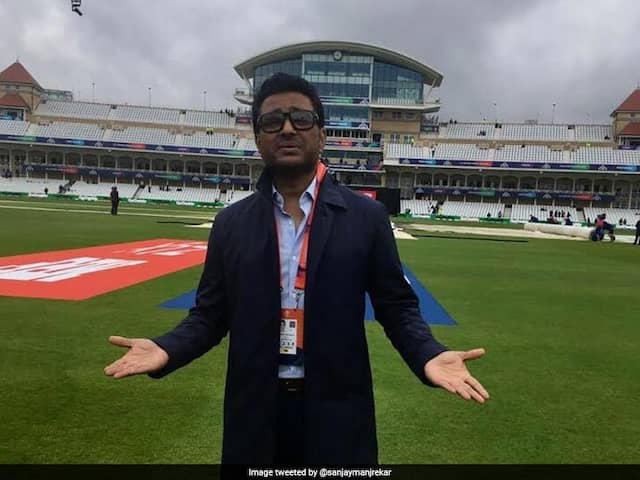 Sanjay Manjrekar was savagely trolled by former England captain Michael Vaughan after the former India opener did a u-turn on his Ravindra Jadeja's abilities as a cricketer. After saying that he was not a fan of "bits and pieces player", which in his view Ravindra Jadeja is at this moment in his career, Manjrekar decided to include the all-rounder in his India playing XI for World Cup 2019 semi-finals. Manjrekar tweeted his India XI after after Ravindra Jadeja's fine bowling performance against Sri Lanka on Saturday. Jadeja was included in the team for the first time in World Cup 2019, coming as a replacement for Mohammed Shami, who was rested for the match.

Michael Vaughan, who is vocal with his opinion on Twitter, took no time to troll Manjrekar as he tweeted, "I see you have picked that bits and pieces cricketer!!!"

I see you have picked that bits and pieces cricketer !!! https://t.co/ChwxTgH76Y

Fans from all quarters, including some Indians, supported Vaughan for his hilarious jibe.

One fan tweeted, "Everybody is trolling sanju manju today. That one comment about bits and pieces mehnga padh gya usse."

Hey Vaughan how dare you to troll our legend

Everybody is trolling sanju manju today. That one comment about bits and pieces mehnga padh gya usse.

Earlier in the day, Manjrekar was roasted by fans with hilarious memes as he was in the commentary box while Ravindra Jadeja came into bowl during Sri Lanka's innings and even took a wicket in his first over.

"I am not a big fan of bits and pieces players which Jadeja is at this point of his career in 50-over cricket. In Test matches, he is a pure bowler. But in 50-over cricket, I would rather have a batsman and a spinner," Manjrekar had said.

The comment led to plenty of criticism coming in the way of Manjrekar.

India Cricket Team Sanjay Manjrekar Michael Vaughan World Cup 2019 Cricket
Get the latest Cricket news, check out the India cricket schedule, Cricket live score . Like us on Facebook or follow us on Twitter for more sports updates. You can also download the NDTV Cricket app for Android or iOS.