Ravindra Jadeja struck while the former India batsman was on-air commentating on the Sri Lanka vs India match at Headingley in Leeds. 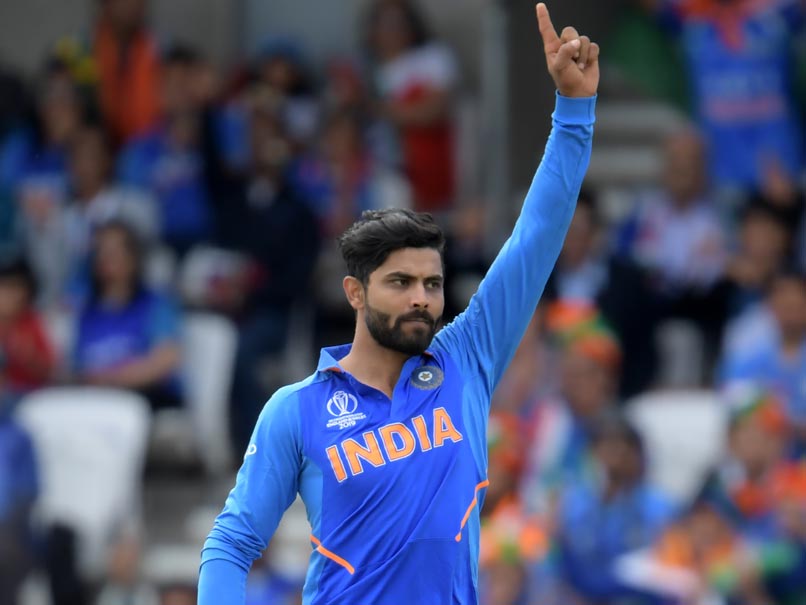 Ravindra Jadeja struck in his first over to get Kusal Mendis.© AFP

Sanjay Manjrekar became a target for social media trolls after Ravindra Jadeja claimed a wicket in his first over of World Cup 2019. Jadeja struck while the former India batsman was on-air commentating on the Sri Lanka vs India match at Headingley in Leeds on Saturday. Before India's World Cup 2019 clash against Bangladesh, Sanjay Manjrekar, speaking to IANS, had said that he is not a big fan of "bits and pieces" players, which he said Ravindra Jadeja was at this moment. The comments didn't got down too well with the India all-rounder, who snapped back at Manjrekar, tweeting that he had "enough of your verbal diarrhea".

Fans came flooding in to make light of the whole situation and trolled the cricketer-turned-commentator with some hilarious memes.

Jadeja takes wicket in the first over of his bowling.

"I am not a big fan of bits and pieces players which Jadeja is at this point of his career in 50-over cricket. In Test matches, he is a pure bowler. But in 50-over cricket, I would rather have a batsman and a spinner," Manjrekar was quoted as saying by IANS on July 1 (Monday).

"Still I have played twice the number of matches you have played and I m still playing. Learn to respect people who have achieved. I have heard enough of your verbal diarrhea. @sanjaymanjrekar," was Jadeja's retort.

Jadeja didn't feature in any of the playing XI in India's last eight matches at World Cup 2019. However, he made valuable contributions with remarkable efforts as a substitute fielder on various occasions.

Spinner Jadeja, who was included in the playing XI in place of fast bowler Mohammed Shami, struck in his first over after Kusal Mendis was stumped by MS Dhoni.

Despite opting to bat, Sri Lanka were reduced to 53 for three in 10.4 overs in their last World Cup 2019 league stage match.

Jasprit Bumrah struck twice to give India an early advantage in Leeds.

Ravindra Jadeja Sanjay Manjrekar World Cup 2019 Cricket Sri Lanka vs India, Match 44
Get the latest updates on ICC T20 Worldcup 2022, check out the Schedule and Live Score. Like us on Facebook or follow us on Twitter for more sports updates. You can also download the NDTV Cricket app for Android or iOS.