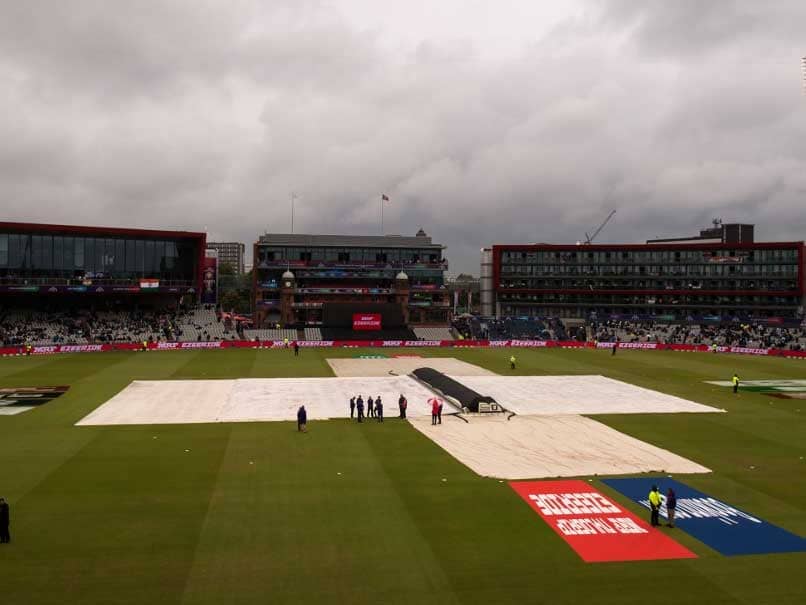 New Zealand reached 211/5 off 46.1 overs before rain stopped play in their World Cup semi-final against India at Old Trafford on Tuesday. Rain continued to play hide and seek and kept fans and players waiting. After keeping everyone waiting for more than two hours, rain stopped just for a bit and just minutes before umpires were to come out for inspection it started to pour all over again. After the final inspection, umpires postponed the play for July 10, Wednesday. The match will resume at 3:00 PM IST. Earlier, New Zealand skipper Kane Wiliamson won the toss and chose to bat. Bhuvneshwar Kumar and Jasprit Bumrah swung the ball both ways and bowled two maiden overs. New Zealand lost opener Martin Guptill cheaply in the 4th over with scoreboard reading 1. Henry Nicholls and Kane Williamson batted slowly but steadied the innings. They stitched a 68-run partnership for the second wicket before Nicholls got out for 28 runs. Williamson scored a gritty half-century and kept their innings going. He got out trying to accelerate the innings. From there on Ross Taylor changed gears and completed his half-century. The wickets kept falling from the other end and when rain arrived in the 47th over they had scored 211/5 in 46.1 overs. (SCORECARD)

Old Trafford, Manchester World Cup 2019 India vs New Zealand, 1st Semi Final Cricket
Get the latest updates on IPL 2021, IPL Points Table , IPL Schedule 2021 , live score . Like us on Facebook or follow us on Twitter for more sports updates. You can also download the NDTV Cricket app for Android or iOS.